Data on the profile of Wolverhampton and other information 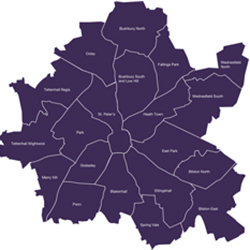 Wolverhampton is a city which celebrates its super-diversity with a population of almost 260,000 residents, who speak many languages and are drawn from around the world.  it has a growing population from Black and Minority Ethnic (BAME) communities as highlighted in 2011 Census. Many faiths are followed in the city and Wolverhampton has the second-highest proportion of Sikh residents in England.

The council uses the WV Insight Website to collect data about protected groups in Wolverhampton. it provides this data, research and information about topics like health, education and population. there is a specific Equalities dashboard which gives this information and breaks it down in relevant ways.