The Council has taken another major step in its commitment to working with partners to make Wolverhampton carbon zero.

Works have started on the pioneering solar farm on a former landfill site at Bowmans Harbour in Wednesfield demonstrating its commitment to climate change which is critical to protect the planet for generations to come, as highlighted at the current COP26 summit in Glasgow.

The solar farm will help to power New Cross Hospital, which will become the first hospital in England to fully utilise and operate its own solar farm providing renewable energy.

Existing green energy sources already in use at the hospital, including harnessing heat from a waste incinerator and a combined heat and power system, with most of the imported electricity coming from the solar farm.

It is estimated that it will power the hospital for three quarters of the year – around 288 days of self-generated renewable energy.

The new solar farm will save the Trust around £15-20 million over the next 20 years, around £1 million a year - money which will be put back into frontline healthcare. It will cover a former landfill site and is the size of 22 football pitches.

“Our efforts across the Integrated Care System will be increasing over the coming months to ensure that we play our part in meeting this ambitious target. We are off to a great start though with bold and innovative steps being taken by partners in Wolverhampton to realise the ambition with plans for a new solar Farm to power the hospital.”

Councillor Steve Evans, Cabinet Member for City Environment and Climate Change at City of Wolverhampton Council, said: “The start of works on this pioneering solar farm in Wolverhampton demonstrates our commitment to climate change which is critical to protect our planet for generations to come as highlighted at the current COP26 summit in Glasgow.

“Since declaring our Climate Emergency in July 2019, the Council has been supporting its partners towards making Wolverhampton zero carbon.

“I’m pleased to see the council supporting the local hospital in achieving its ambitions to reduce carbon emissions in the city.

“During the last year, as part of its carbon reduction strategy, the council has converted thousands of streetlights to low energy LEDs, become the first place in the Black Country to plant a Tiny Forest, has secured funding to plant 20,000 new trees across the city in the New Year, created new cycle routes, and are bringing in new electric fleet vehicles for the Council and Wolverhampton Homes.

“The new solar farm development will certainly have a positive impact in making Wolverhampton a greener city.”

Professor Loughton CBE said: “This project, combined with existing green technologies, will provide enough energy to power the majority of our electrical needs.

“It means we will move away from reliance on the grid and reduce the exposure to rising electricity costs in the next 20 years and helps towards our goal of reducing our carbon emissions by 25 per cent by 2025 and reaching a ‘net zero’ on carbon emissions by 2040. This is in line with the NHS England Long Term Plan.

“Our green commitment is top of our agenda, and we are continually working to reduce our carbon footprint. We have taken several steps to reduce and better manage our energy consumption and operate in a sustainable manner.

“One of these steps is to look at using renewable energy so we are very pleased about this project, and I am looking forward to seeing the finished solar farm next year.”

This year the Trust launched it’s ‘Green Plan’ – this looks at how to provide high-quality care for patients while at the same time protecting our local environment and communities.

The solar farm is due to be completed and operational by the spring next year. 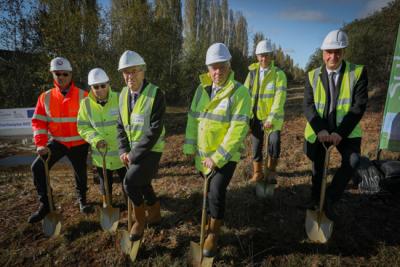 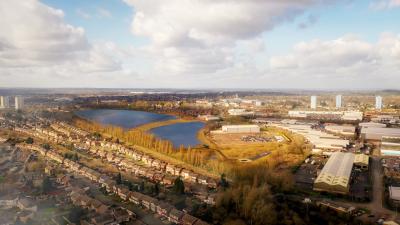