Wolverhampton in the Running for Lord Mayor Status

Civic leaders in the City of Wolverhampton will soon discover whether their bid to be granted Lord Mayor status as part of the Queen’s Platinum Jubilee celebrations has been successful.

The city is in the running to become one of just 12 cities across the country to have the rare honour bestowed upon its mayoral office.

Wolverhampton currently has a Mayor, but not a Lord Mayor as seen elsewhere in places like Birmingham, Coventry, Manchester, Liverpool, Sheffield and the City of London.

A Lord Mayor is an exceptional distinction conferred on just a few mayoralties - usually long established and important cities - by the monarch.

There are currently just 23 cities in England that have a Lord Mayor.

It was previously announced that Her Majesty the Queen would grant Lord Mayor status to 12 cities to mark her becoming the first British monarch in history to have reigned for 70 years.

Interested cities were invited to submit bids setting out why they should be granted Lord Mayor status. Wolverhampton submitted a bid and the winners are expected to be announced during the spring.

Councillor Greg Brackenridge, Mayor of Wolverhampton, said: “Her Majesty the Queen has invited cities across the UK to bid to be granted Lord Mayor status.

“This is a rare and prestigious honour, conferred to only a few important cities which are personally selected by the monarch.

“We have bid to become one of the 12 cities who will be granted a Lord Mayor to mark Her Majesty’s historic Platinum Jubilee and we’re now waiting with bated breath to learn whether we have been successful.

“Wolverhampton is one of the newest cities in the country, having had that honour bestowed on us by Her Majesty to mark the Millennium. Now we would dearly love for our city to be recognised with a Lord Mayor.

“The Mayor and mayoral office already promote Wolverhampton on a national and international stage, but having a Lord Mayor would provide the prestige that could really help us to raise our profile.

“As Mayor, I wear a red ceremonial robe, but a Lord Mayor gets to wear black and gold robes and those colours have a special significance for our city, so how fitting it would be to see the Lord Mayor of Wolverhampton bedecked in gold and black robes.

“I am delighted to say that if we are successful, the first Lord Mayor of Wolverhampton will be a woman, Councillor Sandra Samuels, and she would also be the first ever black person to become our city’s first citizen. It would be history in the making.

“I would like to thank everyone who has supported our bid for Lord Mayor status, including our MPs, businesses and community organisations. I know that they, like me, will be keeping their fingers crossed for good news.” 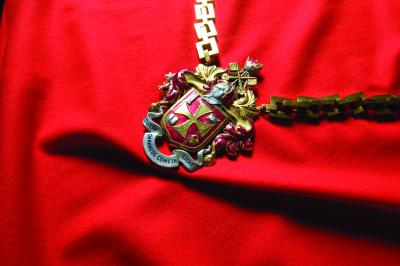