Aldersley Leisure Village in Wolverhampton will host one of snooker’s biggest tournaments next year when the sport’s leading stars contest the Cazoo Players Championship.

The world ranking event will run from 7 to 13 February in 2022 when Aldersley Leisure Village stages a major snooker event for the first time.

Tickets will be on sale from this Friday, 28 May, at 10am, with all details at WST Tickets.

There is a special half price offer for selected rounds for early bookings, so fans are urged to book fast while availability lasts.

The Cazoo Players Championship will feature an elite field of the top 16 players on the 2021/22 one-year ranking list. John Higgins won the title last season, playing some of the best snooker of his career as he beat Ronnie O’Sullivan 10-3 in the final, having come through a field of cue kings including Judd Trump, Mark Selby and Neil Robertson. A strong field is expected again next year.

It’s the second of three events in the 2021/22 Cazoo Series and will receive extensive live television coverage on ITV.

A World Snooker Tour (WST) spokesman said: “We are delighted to bring one of our biggest events to Wolverhampton for the first time. We know there is tremendous support for snooker in this area and the Aldersley Leisure Village is a superb venue.

“Any fans who love the exhilaration of live sport should secure their seats quickly as many of the sessions will sell out fast.

“The key element to the Cazoo Players Championship is that the field is the best 16 players of the season so far, so everyone in the line-up is at the top of their game. Every player on the tour starts the season on zero, and battles for every ranking point to earn a place in the extremely prestigious and lucrative Cazoo Series.

“They are events of the highest quality, as John Higgins proved with his incredible performance at the Cazoo Players Championship last year.”

“The successful staging of the Grand Slam of Darts and big name comedy events at WV Active’s Aldersley Leisure Village showed what a great venue it is – and now it will host some of snooker’s greats.

“2022 is set to be a huge year for events in Wolverhampton with the Cazoo Players Championship adding to British Art Show 9, Creation Day music festival, Commonwealth Games cycling time trial, and the reopening of the refurbished Civic Halls.

WST has led the sporting world in the post-lockdown return of live audiences and will continue to work closely with the UK Government on Covid-19 regulation. Fans can be assured that all necessary precautions will be taken at events to minimise the risk of virus transmission, keeping safety as the highest priority. 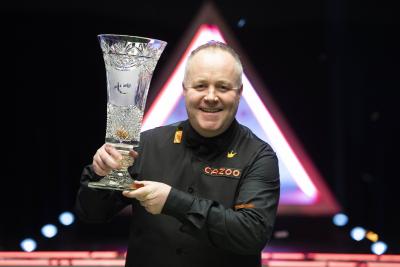 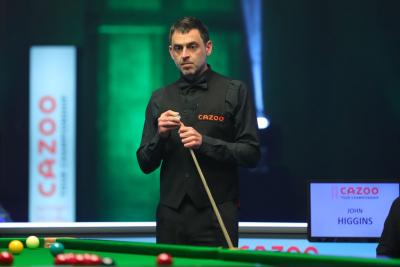