Businesses in Wolverhampton have signed up to an initiative which allows people to fill up reusable water bottles for free.

A total of 23 businesses including restaurants, cafés and coffee shops, signed up earlier this week to the Refill scheme which is being rolled out across Wolverhampton by water company Severn Trent and founding organisation, City to Sea.

The initiative, supported by the City of Wolverhampton Council and Wolverhampton Business Improvement District (BID), aims to promote free tap water, helping keep people hydrated, as well as bringing environmental benefits by reducing the use of plastic bottles.

Severn Trent's Jess Fidler said: "It was great to see so many businesses signing up to be part of Refill in Wolverhampton. Our action day was a tremendous success and to sign up 23 local businesses was fantastic. Everyone showed a real interest in the campaign.

"Businesses which signed up are now proudly displaying their Refill window stickers and are also appearing on the Refill app where people can find any Refill Station in Wolverhampton or across the UK."

Councillor John Reynolds, the City of Wolverhampton Council's Cabinet Member for City Economy, said: "We're delighted that so many cafés and restaurants have already shown their support for the Refill scheme by signing up and enabling people to refill their water bottles for free.

"This will help residents save money while protecting our environment by reducing plastic waste and rubbish in the city centre.

"As a council we are supporting the initiative by offering a Refill station at the WV Café at the Civic Centre, and I hope that, as the scheme grows in the coming weeks, even more businesses will sign up."

Shaun Boyce, from Wolverhampton BID, which played a major part signing up businesses on the day, said: "I'm very pleased we were able to support this fantastic initiative. Our Enjoy Wolverhampton City Ambassadors put their local knowledge and relationships with businesses in the area to great effect, helping to sign up so many shops, bars and cafés across the city centre."

The Refill app can be downloaded for free on Google Play or the App Store. Anyone wanting to get in touch, find out more about Refill, or those looking to sign up or become an ambassador, can email refill@severntrent.co.uk. 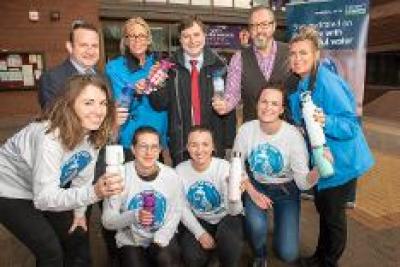 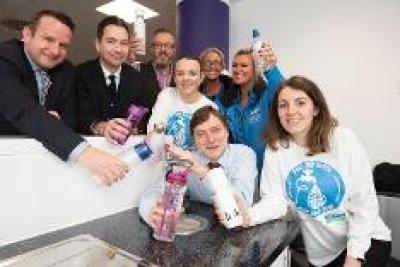 All supporting the Refill scheme 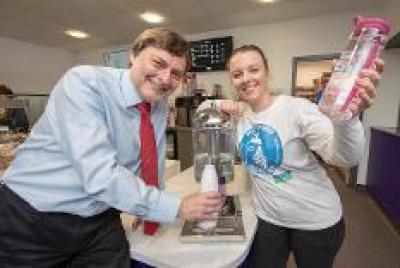