Wolverhampton bids to become next UK City of Culture

Becoming the UK’s next City of Culture has the power to revive, relight and grow Wolverhampton, says the city’s leader who confirmed yesterday (Thursday 22 July) that it will bid for the accolade.

A formal expression of interest has been sent to the Department of Digital, Culture, Media and Sport setting out why Wolverhampton would make the perfect venue to become the nation’s cultural capital in 2025.

Wolverhampton’s bid will have 4 themes:

Councillor Ian Brookfield, leader of City of Wolverhampton Council, said that the authority was leading on a bid on behalf of a partnership of arts, culture and other organisations, known as Wolverhampton’s Cultural Compact.

He said: “Wolverhampton is a fantastic, culturally rich, diverse and dynamic city that’s going places. We have worked hard to create momentum on this to build on the very strong foundations we know we have.

“These building blocks give us a strong starting point for a bid and we have already done some work to scope the opportunities of doing this as part of our 5 year events work.

“We are under no illusions, many places will want the honour of being crowned 2025 City of Culture, it will be competitive process and Coventry currently hold the title, so the judges may choose to look for somewhere outside the West Midlands.

“However, we believe that we have a strong case to make both in terms of the amazing cultural assets we already have in the city, our bold plans for becoming an ‘events city’ in the future and the potential that winning this honour would have to fast track our city’s growth, international profile and reputation.

“So we are going for it, we have notified the Department of Digital, Culture, Media and Sport of our interest and we look forward to working with Government to be able to submit a full bid.”

The city’s bid has the cross party support of its 3 MPs – Pat Mcfadden, Jane Stevenson and Stuart Anderson, as well as backing from the Secretary of State for Education, Gavin Williamson MP, who represents neighbouring South Staffordshire.

Mr Williamson wrote in a recent letter to Councillor Brookfield: “Making Wolverhampton the UK's next City of Culture would bring well deserved recognition to the city. This would not just benefit this dynamic and culturally diverse city but would also bring visibility, benefits, and opportunities to the West Midlands, including my own constituency of South Staffordshire.”

The bid is also supported by major city institutions including Wolverhampton Wanderers Football Club, University of Wolverhampton and Grand Theatre. 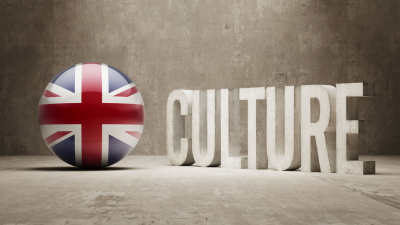 Wolverhampton bids to become next UK City of Culture