Vigils as city says 'no' to so called honour based violence

Wolverhampton will be remembering victims of so-called honour-based violence at two vigils in the coming days.

People are invited to join both, with the first, organised by Councillor Asha Mattu, taking place in the council chamber at the Civic Centre tomorrow (Saturday 13 July) from 10am to 12pm.

Then on Thursday, 18 July, there will be a lunchtime vigil organised by Councillor Rupinderjit Kaur, starting at approximately 12.30pm with a walk from the Prince Albert statue to the bottom of the steps outside St Peter's Collegiate Church where a number of speeches will be made.

So called honour based violence is a form of domestic abuse and refers to a collection of controlling behaviours including physical violence, motivated by a perceived need to maintain, or restore family honour.

Statistics show that there were 7,000 recorded incidents of honour based violence in the UK between January 2011 and August 2016. However, this actual number of cases is likely to be much higher as it is under reported. Karma Nirvana, an honour based violence support charity, receives 700 calls each month.

The vigils take place either side of 14 July, which would have been the 33rd birthday of Shafilea Ahmed, who was brutally murdered by her parents in a so called honour killing in 2003. Having refused an arranged marriage, her parents believed she had brought shame upon the family.

Councillor Mattu said: “So called honour based violence is hidden within families and communities. It can take many forms of abusive behaviour and is under reported in Wolverhampton."

Councillor Kaur added: "We hope as many people as possible will join us at these vigils to remember Shafilea Ahmed and all the other victims of so called honour based violence, and show that we, as a city, say no to this abhorrent crime.” 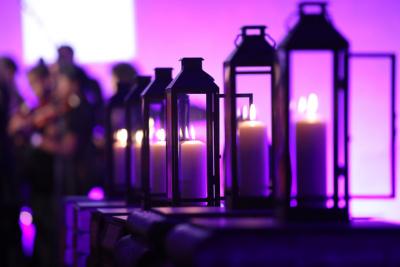 Vigils for loved ones