Vigil to remember victims of ‘honour based’ violence

A series of events are being held next week to remember victims of ‘honour-based’ violence.

They include awareness raising walks and a vigil in Wolverhampton city centre on Tuesday (14 July) – which would have been the 33rd birthday of Shafilea Ahmed.

Shafilea was brutally murdered by her parents in a so-called honour killing in 2003. Having refused an arranged marriage, her parents believed she had brought shame upon the family.

The events are being organised by Wolverhampton Councillor Rupinderjit Kaur, chair of Jaikara, who said: “So-called honour based violence is hidden within families and communities. It can take many forms of abusive behaviour and is under-reported in Wolverhampton.

“We will be raising awareness throughout the week to remember Shafilea Ahmed and all the other victims of so-called honour based violence, and show that we, as a city, say no to this abhorrent crime.”

Throughout the week there will be 4 awareness raising walks covering four major roads into the city centre, while on Tuesday a small socially distanced vigil will be held at the steps of St Peter’s Collegiate Church. People are encouraged to light a candle in their own homes at 5pm and share a picture on social media using the hashtags #HBVWV2020, #Roshni and #Jaikara.

Finally, on Sunday 19 July, Councillor Kaur will be walking from Sedgley to Smethwick to raise awareness of the campaign.

So-called honour-based violence is a form of domestic abuse and refers to a collection of controlling behaviours including physical violence, motivated by a perceived need to maintain or restore family honour. 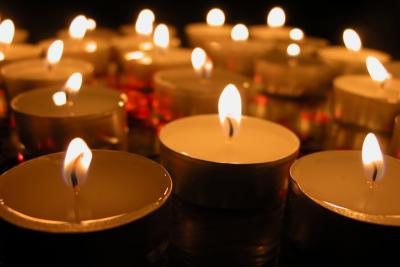 Vigil to remember victims of ‘honour based’ violence