There were huge cheers from around the Black Country today as the region became an official, world famous UNESCO Global Geopark.

After submitting its final stage of the application to UNESCO last year, the Black Country Geopark project group has been waiting with bated breath to hear whether it would be successful.

And today, more than 10 years on since the project was first conceived and discussed it has become a reality.

The Executive Board of UNESCO has confirmed that the Black Country has been welcomed into the network of Global Geoparks as a place with internationally important geology, because of its cultural heritage and the active partnerships committed to conserving, managing and promoting it.

This means the Black Country is now on a par with UNESCO Global Geoparks in countries stretching from Brazil to Canada and Iceland to Tanzania.

Geopark status recognises the many world class natural and important cultural features in the Black Country and how they come to tell the story of the landscape and the people that live within it.

In the case of the Black Country, the significant part it played in the industrial revolution has been at the heart of the bid. More than forty varied geosites have been selected so far within the geopark that tell its story as a special landscape but more will be added as the Geopark develops.

“With geology stretching back 428 million years, and a landscape and heritage that shaped the modern world during the industrial revolution, it is right that the Black Country is given this prestigious UN status.

“Today's announcement ensures that this remarkable site will continue to inspire the million people who call the landscape home, as well as local and international visitors in the years to come.  Congratulations to all."

Councillor Stephen Simkins, City of Wolverhampton Cabinet Member for City Economy said: “We are absolutely delighted to be a part of the UNESCO Global Geopark and get Wolverhampton and its hidden gems on the international map.

“We have 6 geosites across the city, both man-made and natural wonders to explore, and with the UNESCO status, our city’s geosites will be worldwide attractions for all to enjoy.”

Tony Juniper, Chair of Natural England, said: “Today is a landmark achievement which recognises the internationally rich geology and cultural heritage of the Black Country. The move will benefit the environment and boost tourism, as well as providing more people with the opportunity to connect with the natural world.

“We will continue to play our part in making the most of the opportunities that this new Geopark brings, through conserving, recovering and championing the natural environment for the benefit of people and Nature alike, for generations to come.”

Chris Handy, deputy chair and place lead for Black Country Local Enterprise Partnership, said: “This is fantastic news for the whole Black Country and for all the partners who have worked so hard to achieve this UNESCO status.

“We’ve long known that the Black Country is home to world class sites of geological importance, sites that have played a key role in shaping our area both in terms of the places and the people. This news comes at a difficult time in the Black Country’s history and beckons great times ahead, we look forward to working together to share and celebrate our Geopark with both the people of the Black Country but also the people we hope it will encourage to visit.” 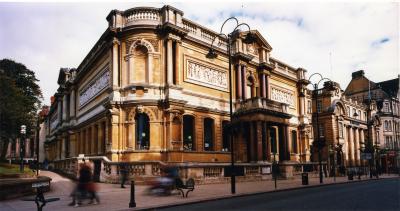