Tributes have been paid to a long serving librarian who has died aged 78.

Christine Adams passed away on Sunday 9 August at Compton Care after suffering from pneumonia. She had worked for the council for over 55 years before going into semi retirement in 2014 at the age of 72.

Throughout her career she worked at many libraries across Wolverhampton, starting out at Central Library as a teenager and working in the reference library there for many years. She also worked at Finchfield Library before returning to Central where she worked in the stock services department. After retiring, Christine returned as a peripatetic library assistant, working 12 hours a week at various libraries across the city.

Mark Taylor, Deputy Chief Executive, said: “The contribution that Christine made over so many years at the council is remarkable and epitomises dedicated public service.

“The thoughts of everybody at the City of Wolverhampton Council are with Christine’s family, friends and former colleagues at this sad time.”

Robert Johnson, Head of Service for Community Information and a colleague of Christine, said: “Christine was a highly valued member of library staff from the day she started working at Central Library up until she retired in 2014. She was a true professional with a passion for books which always shone through in her work.

“We can’t believe that she has gone and won’t be back in our libraries again. She will be sadly missed by everybody who had the pleasure of working with her.”

Christine’s daughter, Cath Adams, works at the council as a receptionist in children’s services.

Cath said: “My mom was a dedicated worker, cutting a popular and recognisable figure to many whilst working at libraries across the city. It is extremely touching to see the tributes being paid to her after many decades of serving the people of Wolverhampton.

“She was a loving mother to me and wife to my dad, John, who she was married to for 52 years until she passed away.”

Outside of work, Christine was passionate about the arts and was an active member of local amateur theatre group, Secga Theatre Company. She appeared in over 35 plays, with her favourite role playing Mrs Danvers in the Daphne Du Maurier play ‘Rebecca’. In 2013, she took part in a professional production of ‘The Ladykillers’ at the city’s Grand Theatre after being selected through local auditions.

As well as theatre, she loved poetry, travelling the country taking part in festivals with nine poetry trophies on her mantelpiece at home and over 250 certificates.

A fundraising page to raise money for Compton Care has been set up in Christine’s memory. 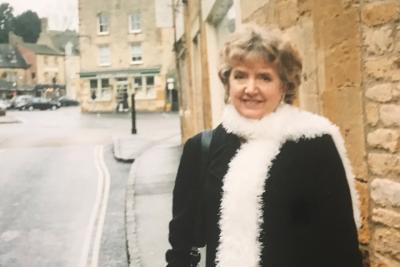 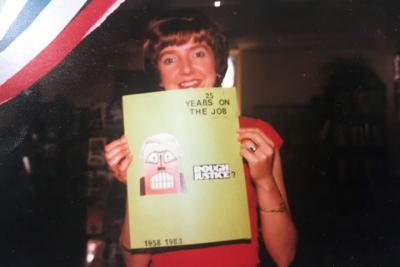