Thousands more fascinating historic images of the West Midlands - including some never previously published – are now available for the public to view thanks to a successful city partnership project.

An incredible 3,500 new photographs have now been added to the free Express & Star Photo Archive for future generations to access.

They give an insight into life in Wolverhampton and the Black Country as well as the wider region, including parts of Staffordshire, Warwickshire, Shropshire and Worcestershire.

Of particular interest are newly added photographs from the Second World War. Many of these images were censored during the conflict, disguising names, locations and other details on the images so the enemy didn’t know which areas had been bombed.

The photo archive project was initially funded by a grant from the National Lottery Heritage Fund to produce a website and digitise photographs dating back over the past century.

Around 3,000 images of the history of the industrial past of the Black Country and its surrounding areas have already been digitised and published on the website.

The newly added images cover a wide variety of subjects, including health and emergency services, art and leisure, war and the military, buildings and events and occasions.

They have been catalogued by staff at the city’s archives alongside a group of volunteers. Further funding for the project has been given by the Express & Star, Codsall & Bilbrook Historical Society, Wednesfield History Society, the Friends of Wolverhampton Archives as well as local residents George Blackham and Kathy and Patricia Hughes.

More photos are being added to the website all the time and the archives staff and volunteers are currently working on cataloguing the next raft of images.

Councillor Stephen Simkins, City of Wolverhampton Council’s deputy leader and cabinet member for city economy, said: ‘This is a fascinating project and one that is vital to our city’s social history.

“The photographs from the Express & Star’s collection give us an insight into the area’s past and I have no doubt that many of our residents will recognise the places and people captured in the images.

“An amazing amount of photographs have been digitised and the hard work undertaken by dedicated staff and volunteers has resulted in an unrivalled collection of images of local events, both momentous and every day, to be seen for the first time.”

Express & Star editor Martin Wright said: “It is welcome news that a further 3,500 images have been uploaded to the Express & Star Photo Archive and are now available for the public to view.

“These images provide a fascinating insight into our region's rich and varied past and, among the latest pictures to be archived are some remarkable pictures taken during the Second World War. Preserving these images and making them available on this free website is a wonderful way to celebrate our history.

“We remain extremely grateful to the National Lottery Heritage Fund for supporting our partnership with the University of Wolverhampton, Wolverhampton City Archives and local community groups who have dedicated an enormous amount of time and energy to this valuable project.”

Scott Knight, Business Development Manager in the University of Wolverhampton’s Faculty of Arts, Business and Social, joined the initial project discussions in 2008 and has led on the University's contribution throughout. Preserving this valuable collection meets the University’s brief of working with our local communities and contributing to positive difference to the Black Country and our region.

Scott said: “This collection is a fantastic historical source, very close to my heart and captures hundreds of personal stories. The photographs tell the stories for the most part of the twentieth century, including seismic historical events, from the perspective of everyday people within the Black Country and South Staffordshire.

“We have seen through comments on our social media posts that many people are passionate about these photographs. Quite often commentators have snippets of extra information to add to the original news piece, for instance recognising a family member or former colleagues and telling us their stories.”

To find out more about the history of the city, you can visit the City of Wolverhampton Archives, based in the Molineux Hotel Building, Whitmore Hill. 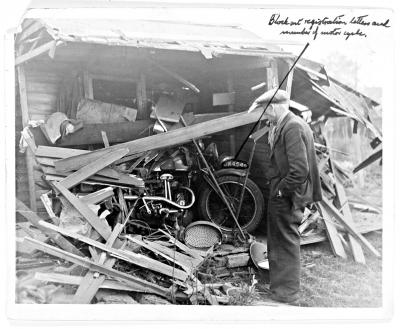 August 1940: a man looks at a motor bike damaged by falling timbers in a garden. A note on the photograph requests that the registration letters and numbers are blocked out 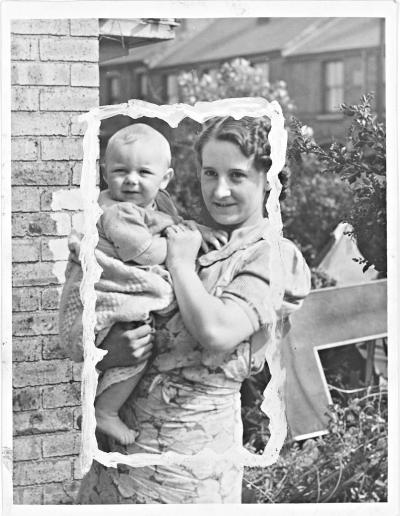 July 1941: bomb damage in Parkfield Road, Wolverhampton. Doris Willis and her baby son Alan, who she rescued from the house as she saw a plane about to crash 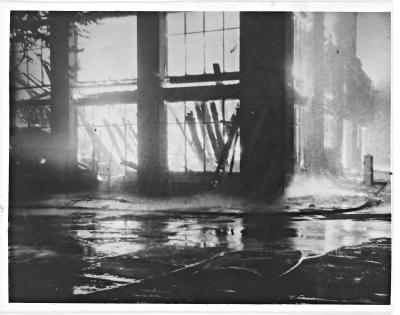 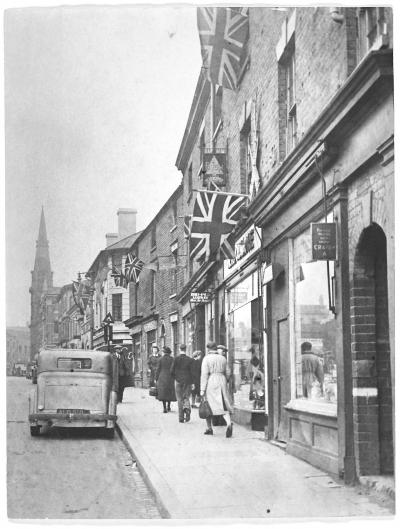 May 1945: flags displayed in Market Street, Wolverhampton, in anticipation of news of the end of the Second World War in Europe