Authorities have been inundated with reports of street racing after it was announced that councils in the Black Country are set to seek a new ban on the activity.

Wolverhampton, Dudley, Sandwell and Walsall councils, together with West Midlands Police, will return to the High Court this autumn to apply for a new injunction prohibiting street racing, defined as the act of drivers of cars, motorbikes or quadbikes meeting to race or show off in their vehicles.

And the City of Wolverhampton Council, which is leading on the application, has received numerous comments from residents and businesses after it invited observations regarding street racing from members of the public.

Reports have been filed of street racing activities at Waterfront Business Park in Merry Hill, on Mill Race Lane, Stourbridge, on the Halesowen bypass, on West Bromwich Road in Walsall, on Blackwood Avenue, Wednesfield and on Trinity Way, West Bromwich.

The council has also received reports of street racing activities in Aldridge, on Spring Vale Business Park, Bilston, on Essington Road, New Invention and along the A34 between Walsall and Broadway.

The council is expected to issue proceedings for the new injunction in the next few weeks, with a court date likely to be later this summer or early autumn.

A similar injunction had previously been in force in the Black Country between 2015 and 2021 and helped dramatically reduce instances of street racing across the region.

Councillor Jasbir Jaspal, the City of Wolverhampton Council's Cabinet Member for Public Health and Wellbeing, said: "The sheer number of comments we have received over the last couple of weeks shows just how much of an issue street racing continues to be in the Black Country, and why it is so important that we seek a fresh injunction to ban it.

"Let's be very clear, street racing is anti social, noisy and dangerous, and from the feedback we are getting we can very clearly see the impact it is having on people and businesses that have to put up with it.

"The previous Black Country-wide injunction proved very effective in reducing instances of street racing across the region. But the problem still persists in some areas and is starting to grow once more.

“We want to ensure that the authorities, whether that is the police or local councils, have the powers they need to crack down on street racing as and when it occurs.

"The evidence we have received since announcing our intention to seek a new injunction is helping us to build our case, and I would encourage anyone who has witnessed incidents of street racing in the Black Country to get in touch and share their experiences, if they haven’t already.”

People are invited to submit comments and observations regarding street racing and the application for a new injunction by emailing litigation@wolverhampton.gov.uk. Comments received may be presented as evidence to the High Court.

Incidents of street racing should be reported via asbu@wolverhamptonhomes.org.uk or to West Midlands Police on 101. In an emergency, always dial 999. 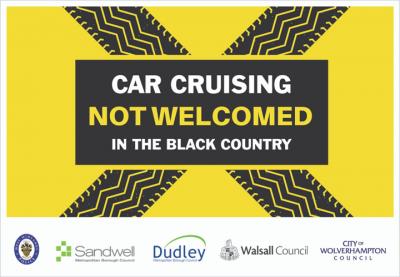