A Wolverhampton shop owner has been jailed for selling an estimated £200k worth of illegal and counterfeit cigarettes and tobacco at a convenience store in Whitmore Reans.

Yesterday, (Wednesday 15 January)  Zemnako Azad Salih, former director of Sam Euro Style Limited, trading as ‘Sam Euro Style’ based on Newhampton Road West, has received a custodial sentence of 28 months and banned for being a director for 5 years for selling illegal cigarettes and tobacco since 2014.

A shocking variety of fake and genuine cigarettes - which have avoided UK duty were found to being sold ¬illegally at the property.

Trading Standards inspected the store on three occasions in 2014 and 2015 and in total, seized around 400,000 illegal cigarettes and hand rolling tobacco weighing 50 kilograms totalling to an estimated £200k.

Illegal goods were hidden in a variety of concealed locations including a magnetically sealed shop counter, a padlocked room in the upstairs property and a fridge.

In 2016, Zemnako Azad Salih, failed to attend the plea and trial preparation hearing which resulted in Wolverhampton Crown Court issuing a warrant for his arrest.

It soon became apparent, Salih had left the city and no longer lived in Wolverhampton.

Last June, Salih was finally arrested by Kent Police as he attempted to make his way out of the country via Dover.

On 20 November 2019, Zemnako Azad Salih pleaded guilty to 7 counts of the indictment, admitting he knowingly possessed and sold tobacco that was counterfeit and illegal.

Councillor Steve Evans, cabinet member for City Environment at City of Wolverhampton Council said: “Selling and supplying counterfeit tobacco is a serious crime that not only robs the public purse of much needed revenue, but also poses a real threat to public health.

“Selling these products brings unwanted organised crime into our communities and undermines our efforts to discourage smoking.

“I hope today’s outcome sends out a warning to those who continue to fund this criminal activity, that we are serious about clamping down on the sale of these illegal and dangerous products.

"I encourage anyone who knows of illegal tobacco being sold to report it, so we can work together to tackle this issue, and to prosecute offenders." 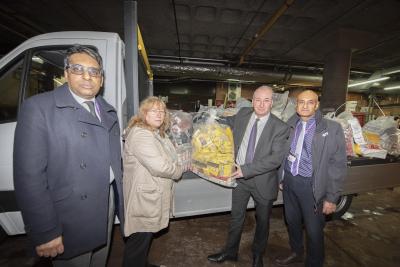 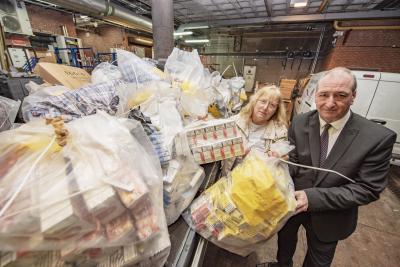