Thousands of people flocked to the third Wolverhampton Literature Festival at the weekend.

More than 100 events offered a vast scope of literary related workshops, readings, presentations and performances, with the majority happening from Friday to Sunday, at venues across the City of Wolverhampton.

The Lych Gate Tavern proved a hit throughout the weekend with a hand picked selection of festival fringe shows running for free. While, across the city, the Arena Theatre and Light House Cinema screened classic films.

Writing workshops, included blogging and research tips from Dr Who writer, William Gallagher, and lessons in life writing, finding an agent and self publishing.

Wolverhampton Libraries were also in on the action with plenty of children and family events including 'Great Big Rhyme Time', talks by children's authors, storytelling and the winning plays from the city wide 'Page To Stage' schools competition, performed by City of Wolverhampton College students.

On Sunday, Express & Star veteran Peter Rhodes returned to Wolverhampton Art Gallery with extracts from some of his favourite dispatches in a career that has taken him all over the world.

Wrapping up the festival, retired British Police Murder Squad detective, Trevor Marriott, lifted the lid on 'The Real Truth of Jack The Ripper', with the focus on Bilston born Ripper victim Catherine Eddowes.

Councillor John Reynolds, City of Wolverhampton Council Cabinet Member for City Economy said: "It has been a fantastic festival and we have seen a number of people inspired by the events.

"We hope to make it bigger and better in 2020 and for more acts to get involved."

For more information and to get involved next year visit Wolverhampton Literature Festival or call 01902 556707. 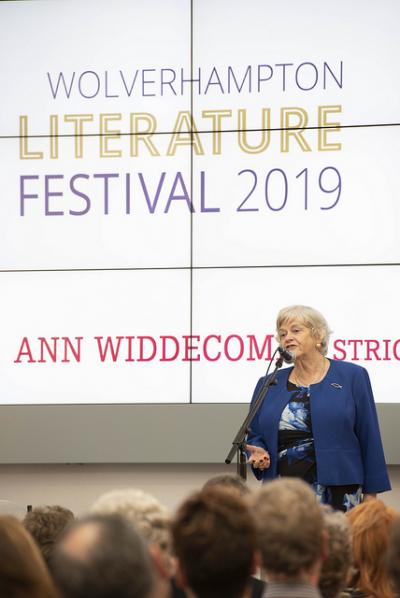