Safety order set to be extended for city’s dog owners

Safety measures requiring dog owners to pick up after their pets and walk them responsibly near schools and roads in Wolverhampton are due to be extended for a further 3 years.

A recent consultation on the City of Wolverhampton Council’s Public Spaces Protection Order (PSPO) – Dog Control found an overwhelming majority of people continued to support the measures, which were first introduced in 2017.

The PSPO requires that owners keep their dog on a lead when walking along the major arterial roads in the city, on certain areas of land at Northycote Farm and within 100 metres of all of the city's schools and academies.

Under the continuation of the measures, dogs will not be allowed to enter specified fenced children’s play areas and public park tennis courts. Fines will also be issued to owners who allow their dogs to foul in public places.

In July a public consultation about the proposed renewal of the order found that of the 222 respondents, 91% agreed that dogs should be kept on a lead at all times when on footpaths near the major arterial roads in the city.

The vast majority of people also agreed that police officers, police community support officers and relevant council officials should be able to require owners to put their dogs on a lead.

The PSPO aims to provide a safe environment for children and young people to play and learn, prevent uncontrolled dogs getting loose on roads and protect livestock at Northycote Farm.

Anyone who does not comply with the order may face an on-the-spot fine of £80 and could face the possibility of being taken to court.
The measures contained in the order do not apply to assistance dogs.

Councillor Steve Evans, Cabinet Member for City Environment at City of Wolverhampton Council, said: “The vast majority of dog owners are highly responsible and would not put others in danger, but the PSPO intends to cover the small minority who are unwilling to put their pets on a lead in specified areas.

“I was therefore both pleased and reassured to see our recent consultation showed a significant level of support for the continuation of the measures we have introduced.

“The renewal of the order will help reduce any potential stress and physical harm to people and other animals from dogs that are a nuisance or a danger and will also help us preserve a clean and safe public environment.”

At its next meeting on 9 September members of the city council’s Cabinet are being recommended to approve the extension of the PSPO. If agreed, the order will be in place for a further 3 years with its impact closely monitored. It will also be subject to review before its expiry in October 2023. 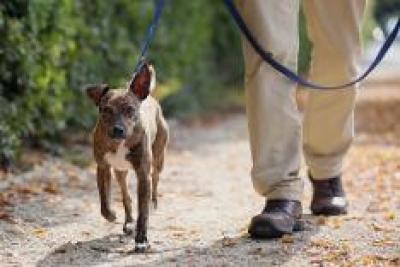