A rogue landlord has been fined £2,814 for failing to license a house in multiple occupation (HMO) in Wolverhampton.

Dudley Magistrates Court found Maciej Piotr Zaremba, previously of Third Avenue, Wolverhampton, guilty of operating a property without a licence and for failing to respond to requisitions.

Mr Zaremba had previously been prosecuted by City of Wolverhampton Council and fined £4,808 for breaching fire safety requirements under HMO management regulations, which placed tenants at serious risk.

In September 2021, officers from the council's private sector housing team gained a warrant to enter a property on Third Avenue after receiving complaints of intensive occupation and ill treatment from the landlord.

In February 2022, an additional warrant was secured to ascertain if housing regulations had been complied with. However, officers discovered that no improvements had been made to ensure the safety of the tenants within the property and that additional tenants had been taken on.

Despite being repeatedly advised by officers, Mr Zaremba failed to apply for a HMO licence and to provide the information that had been requested.

Dudley Magistrates Court issued Zaremba with a £1,100 fine for failure to have a licence and he was ordered to pay prosecution costs of £1,604 and a victim surcharge of £110, on top of the fine he received earlier this year.

Councillor Bhupinder Gakhal, Cabinet Member for City Assets and Housing, said: “The council takes a strong stance on HMO licensing to ensure the safety of tenants and I hope this case will serve as a stark reminder to private sector landlords that they must comply with the HMO rules.”

Mandatory licensing of HMOs came into force in 2006 as a way of making sure that properties occupied by 5 or more tenants who share basic facilities are assessed by the council to ensure they are safe and suitably managed.

The council’s private sector housing team encourages anyone operating an unlicensed HMO with 5 or more residents to contact the council to discuss applying for a licence – email HMOenquiries@wolverhampton.gov.uk.

Residents living in a HMO should also contact the council for reassurance that their property has a licence. 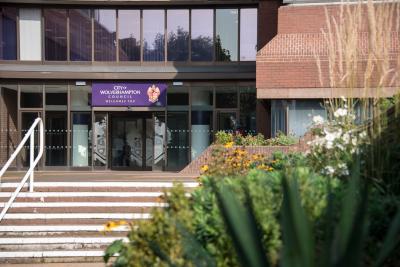 A rogue landlord has been fined £2,814 for failing to license a house in multiple occupation (HMO) in Wolverhampton