The speed limit on Wolverhampton’s Ring Road will be permanently set at 30mph after just three objections to the idea were received during a recent public consultation.

City of Wolverhampton Council invited comments on a proposal to make permanent the existing trial speed limit reduction from 40mph to 30mph during a consultation which ended on 12 November.

Councillor Steve Evans, City of Wolverhampton Council’s cabinet member for city environment and climate change, has now reviewed the consultation feedback and taken the decision to make the change permanent.

Reducing the speed limit will have the triple benefit of reducing the number of serious accidents, being better for the environment and encouraging more people to walk and cycle.

Councillor Evans said: “The speed limit on the ring road was reduced from 40mph to 30mph in June 2020 on a temporary basis and after reviewing the evidence and listening to feedback, we decided to consult on plans to make that permanent.

“We want all road users to feel safe travelling around Wolverhampton and that includes pedestrians, cyclists and public transport users as well as motorists. It is about finding the right balance because these are shared spaces in which everyone’s safety should be respected.

“We have recently installed a new pedestrian crossing over the Ring Road and are building a new cycle lane through the central reservation and we want people to feel safe using them. People have told me how off-putting it can be when lorries, vans and cars come hurtling through at 40mph or more.

“A reduced speed limit therefore encourages people to use more sustainable forms of transport and it is also better for the environment because less aggressive acceleration and braking reduces emissions.

“The number of personal injury accidents on the Ring Road were also going up year on year with 146 people being injured between 2015 to 2019. This is unacceptably high and we have a duty to get people to drive slower to reduce that rate of injuries.

“We had just 3 objections to making the speed limit reduction permanent which demonstrates that the public understand the need for the change to a greener and safer Ring Road.”

Watchman signs have been installed at various locations around the Ring Road. They will use automatic numberplate recognition cameras to flash up a message warning motorists to slow down if they are breaking the speed limit. These will be switched on next week.

Personalised warning messages have been shown to be highly successful in bringing speed limits down elsewhere in the city and around the country. 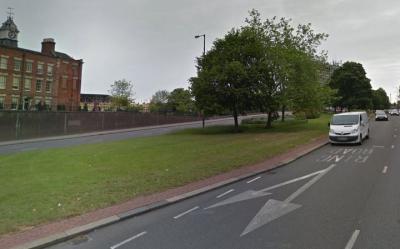