Revamp for Wolverhampton’s Half Marathon for 2020

The City of Wolverhampton’s half marathon has been revamped and will take a new city centre route in 2020.

Being held on Sunday 6 September 2020, this year’s event will include a half marathon and a 10k run, as well as special city centre activities for runners and spectators to enjoy on the day.

Previously known as the Carver Half Marathon, the event has been organised by Carvers Building Supplies from 1998 until this year, when race management company StuWeb took over.

The City of Wolverhampton Council will be supporting with event co-ordination and promotion, including enabling the marathon to start and finish in the city centre, moving it away from its original home in West Park.

Phil Templar, Race Director from StuWeb, said: “The Carver Half Marathon is an event that is well known across Wolverhampton, and we’re honoured to help with its transformation and take the lead in moving it forward.

“We are working closely with Henry Carver, managing director of Carvers Building Supplies, and previous race director, Mary Harding, during this transition as their input is crucial in making 2020's event a success.

“We’re delighted that they will still be involved with the event, and we hope that we’re able to encourage more people from across the city and beyond to take part in future.”

Over the years more than £400,000 has been raised for local charities and voluntary organisations through the marathon events.

Henry Carver of Carvers Building Supplies said: “We’re extremely proud of our fundraising achievements and want to support StuWeb and the council during the transition period which is in line with what other cities are doing.”

The council’s Cabinet Member for City Environment, Councillor Steve Evans, added: “We’d like to thank Henry Carver and Mary Harding for their work with the city’s successful marathon events over the years.

“Moving the route to the city centre is the right decision and will not only be fantastic for the participants and spectators, but also for local businesses.”

Further details about the event and new route will be released later this year.

Pre-registration for the half marathon and 10k run is now available at Wolverhampton Marathon Events. 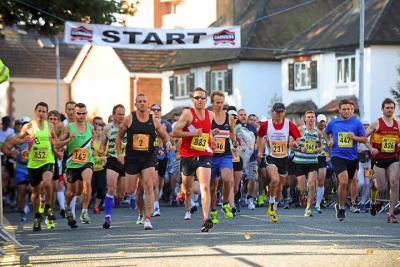