City of Wolverhampton Council has submitted a planning application to consider a derelict site at Gorsebrook Road to be developed into a transit site as part of a High Court order.

The City Council is set to return to the High Court at its first review hearing of the traveller injunction on 5 December.

On 2 October, 2018, an injunction was granted by the High Court to protect Wolverhampton’s green spaces and other vulnerable sites against unauthorised encampments at 60 sites across the city.

During the court hearing, Mrs Justice Jefford DBE raised repeated concerns about travellers having nowhere to go in Wolverhampton.

The City Council agreed to take steps to develop a transit site to enable travellers to have somewhere to stay short term in Wolverhampton.

To comply with the terms of the injunction, the council is required to submit its plans for the proposed transit site to be discussed at the review hearing.

After much consideration, the City Council has carefully identified an area for redevelopment, at a brownfield site at Gorsebrook Road in the St Peter’s ward of the city.

The site has operated previously as both a quarry and a landfill and is often subject to anti social behaviour and fly tipping.

If approved, the site will be used to temporarily situate the traveller community when unauthorised traveller encampments occur in Wolverhampton.

The plans for the transit site include developing pitches to accommodate a maximum of thirteen families as well as washing and toilet facilities and a site manager’s office.

A transit site will give the police greater powers to move travellers off unauthorised sites as soon as possible – enabling a more effective way of managing unauthorised encampments.

Councillor Steve Evans, Cabinet Member for City Environment at City of Wolverhampton Council said: “This is a requirement ordered by the High Court – without a transit site in place, we are not holding up our end of the agreement.

“It has been 12 months since we obtained the injunction and I’m pleased to have seen a vast reduction in traveller incursions, 75% to be exact.

“If we fail to provide the High Court with evidence of substantial progress of locating a site, we are at risk of losing the injunction – it’s as simple as that.

“If we lose the injunction, we will almost certainly revert back to a huge increase in traveller incursions, leaving our open spaces at risk and resulting in officers having to wait for a court order to vacate illegal incursions.

“A lot of detailed work has taken place to date and I would like to thank council officers who have been working tirelessly to ensure all steps ordered by the High Court have been implemented so we can continue to protect our open spaces.”

Alternatively, the planning application and plans for the site are available to view via the planning portal on the council’s website. 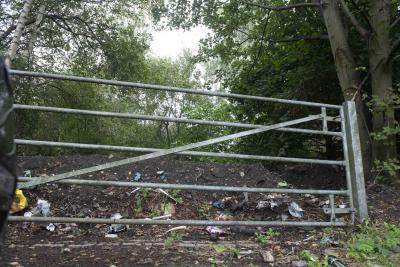