A plaque which remembers 5 early trade unionists from Wolverhampton, who were arrested and transported to Tasmania 200 years ago, has been rededicated during a ceremony at the city's Civic Centre.

The group were leaders of the Tin Plate Workers Society which had been established to defend the rights and interests of workers in the Japanning industry.

The society was forced to meet in secret because such workers organisations were illegal at the time.

After taking part in a strike in 1819, the society's meeting room, which was on the site of what is now City of Wolverhampton Council's Civic Centre headquarters, was raided by the Bow Street Runners.

Society members managed to initially block the police from entering to enable officials to destroy documents and records fearing they might incriminate them. The police did eventually break through the blockades and arrested all those inside.

Five of those arrested were subsequently convicted and transported to Tasmania as punishment where it is believed they remained for the rest of their days.

The names of the men are not known, but a plaque in the foyer of the Civic Centre remembers their story.

Wolverhampton's 3 MPs, councillors and trade union representatives gathered on Friday (15 February) for a rededication ceremony for the plaque which was put back on display at the Civic Centre, where it has been displayed since the 1980s, after temporarily being taken down for a recent refurbishment.

Councillor Roger Lawrence, Leader of City of Wolverhampton Council, said: "The story of these men, who were simply fighting for basic rights and better pay, deserves to be known by a much wider audience.

"Their unfortunate plight happened 15 years before the much more famous Tolpuddle Martyrs, but barely anyone knows about it. History has even forgotten their names, but we remember them here at the Civic Centre on the same site where they were arrested 200 years ago.

"It was down to the brave actions of people like the Tin Plate Metal Workers Society, who defied draconian laws and came together to demand better pay and conditions, that the trade union and Labour movement came to be."

Despite the raid, the society continued and still exists today as Wolverhampton Craft Branch of the Community Union and is believed to be one of the oldest union branches in the world.

Graham Dodd, current branch secretary of the Wolverhampton Craft union, said: "It means so much to our current members and their families that this plaque, which remembers the plight of our union's founding fathers, is on display on the very site of what happened to them in this 200th anniversary year.

"None of us want to live in the past - we are a forward thinking, relevant and growing union, but this was an important event in the history of the trade union movement and it should have a higher profile.

"Sadly what happened to these tin plate metal workers is nowhere near as well-known as other incidents. So having this plaque on display in the Civic Centre means that more people have an opportunity to learn about what people had to go through to get the most basic of rights." 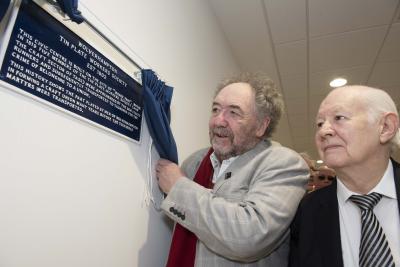