Wolverhampton’s own Olympic champion and 5 times Commonwealth Games gold medallist, Anita Lonsbrough MBE, has been unveiled as one of the city’s Batonbearers for the Birmingham 2022 Queen’s Baton Relay.

Anita, one of Britain's all time greatest swimmers, will be carrying the Queen’s Baton on 24 July to recognise her lifelong commitment to sport.

Her long list of achievements began at the age of just 16 with 2 golds for 220 yards breaststroke and 4 x 110 yards medley relay at the 1958 Commonwealth Games in Cardiff.

Following that, Anita won gold at the Summer Olympics in 1960, setting a new world record time for the 200 metres breaststroke.

Two years later, at the Commonwealth Games in Perth, Anita swam her way to 3 gold medals in the 110 yards breaststroke, 220 yards breaststroke and 440 yards individual medley. She also won a silver as a member of England’s medley relay.

Anita, who was born in York, also achieved success in European Championship races, notching up 1 gold, 2 silver and 2 bronze medals over the course of her career.

She is also the first woman to carry the British flag at the opening ceremony of the Olympic Games, the first amateur sportswoman to receive the MBE and the first women to win BBC Sports Personality of the Year.

Anita will be carrying the Baton at WV Active Aldersley, where her husband and fellow Commonwealth Games champion, cyclist Hugh Porter MBE, will be handing the Baton to her.

Anita said: “It is a great honour to be nominated and selected to be a Batonbearer in the city where I have lived for more than 55 years. It is all the more special that Hughie and I are both involved.

“I had the honour of carrying the flag for my country at the opening ceremony of the Olympic Games and now I am going to be a Batonbearer for the launch of the Commonwealth Games. I have experienced the joy of 2 major sporting events.”

Councillor Steve Evans, City of Wolverhampton Council’s cabinet member for city environment and climate change, said: “Anita is just the most remarkable sportswoman and we are incredibly proud that she will be carrying the Baton through her home city.

“Anita’s long list of achievements are such an inspiration to many swimmers of all ages and her love of sport remains undimmed. She and her husband Hugh have always been the most fantastic ambassadors for Wolverhampton.

“We are heading closer and closer to the date of the Queen’s Baton Relay and I would invite everyone across the city to come out and cheer on Anita, and our other inspirational Batonbearers, as they make their way through the city.”

The Queen’s Baton will be dramatically parachuted in by helicopter on Sunday 24 July, before inspirational Batonbearers take it on a tour of the city – giving them the chance to highlight stories of how they are striving for change in their community. 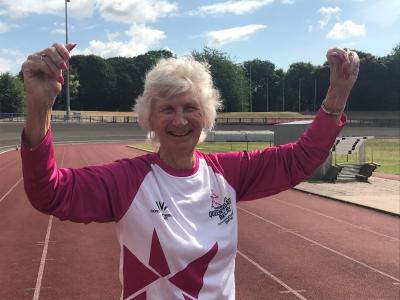 Anita Lonsbrough MBE, who will be a Batonbearer in Wolverhampton (credit Express & Star) 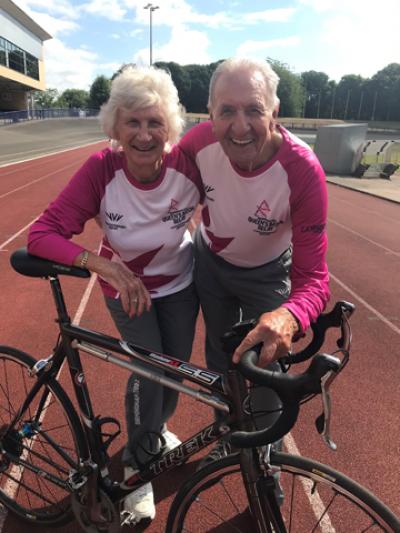