City of Wolverhampton Council has taken delivery of 2 zero emission, electric vans heralding the start of plans to replace all polluting vehicles from its fleet with green friendly alternatives.

The 2 new Nissan E-NV200 battery powered electric vans will be used by the council’s parking services team as they patrol and manage 42 car parks scattered around the city.

City of Wolverhampton Council declared a climate emergency in 2019 and has made a commitment to be net carbon neutral by 2028. The council endorsed an action plan last year setting out the steps it will take to meet the ambitious 2028 target.

The council has around 450 vehicles in its fleet, including everything from bin lorries to meals on wheels delivery vehicles, which currently are responsible for emitting 2,500 tonnes of harmful carbon dioxide into the environment each year.

This is around 25% of the council’s total emissions, which has prompted the council to urgently put a programme in place to electrify its fleet, alongside its partner organisation Wolverhampton Homes which also operates a fleet of vehicles supplied by the council.

Councillor Steve Evans, City of Wolverhampton Council’s cabinet member for city environment and climate change, said: “The council and Wolverhampton Homes needs vehicles to be able to deliver a wide range of essential services to the public, but at the moment they polluting the atmosphere with 2,500 tonnes of carbon every year.

“This will end and as we work towards becoming net carbon neutral by 2028, we will be replacing polluting diesel vehicles with clean, green technology like these brand new electric vans for our parking services team.

“Our parking attendants are driving right across the city every day patrolling 42 car parks and now they can do so knowing they won’t be polluting the atmosphere.

“Replacing the fleet is a big task, it isn’t just getting the vehicles, but also putting the infrastructure in place to be able to charge them and maintain them.

“A huge amount of work is going behind the scenes to make this happen as quickly as possible and it won’t be long before residents start to see many more of our vehicles with zero or ultra low emissions.

“We will also be creating a brand new fleet depot containing all the of the infrastructure we need to be able to run an electric fleet, so these are exciting times as we literally drive forward our green agenda.” 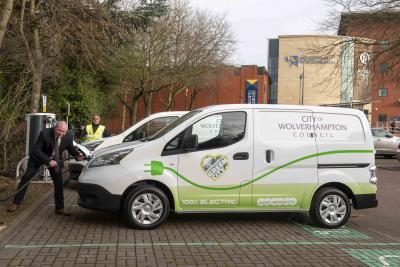 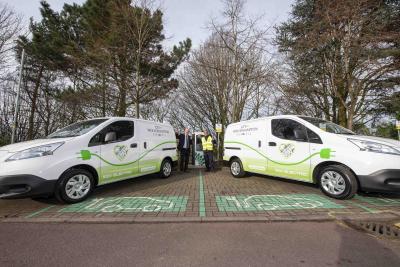