Residents are being given advice on what to look for when buying part worn tyres following an inspection of traders across the city.

A total of 1,650 tyres were inspected across 16 businesses. A number of issues were found, in particular around the age of tyres inspected, some of which were up to 21 years old.

Officers looked at tread depth, year markings, general condition of the tyres and whether they were stamped with the words ‘part worn’. Businesses were asked how they check the tyres they purchase and who they are supplied by.

The inspectors found that most businesses were not marking their tyres part  worn, which is a legal requirement to inform customers and potential future owners. Some of the tyres were old and showed signs of deterioration. Businesses selling these tyres were given advisory warnings and all retailers were given advice intended to support them.

It is legal to buy part worn tyres, but motorists need to be confident that the tyres being offered are both safe and suitable for the intended vehicle.

As a result of the inspections, officers from Trading Standards are giving the following advice to motorists looking to buy part worn tyres:

Check tyres carefully. Tyres deteriorate with age, which increases the risk of failure, through exposure to heat, sunlight, chemicals, salt and incorrect storage.

The age of the tyre is required to be marked on a tyre at the point of manufacture. The age marking is a 4 digit code: the first 2 figures represent the calendar week in which it was made (from 1 to 52) and the second 2 figures are the year of manufacture. Therefore, a code of 1320 would mean the tyre was made between 28 March and 3 April 2020.

For a part worn tyre to be legally sold, it must have a minimum tread depth of 2mm all round, be free of large cuts and bulges and not have any plies or cord exposed. Tyres should also be permanently marked as ‘part worn’ in lettering 4mm high and have passed an inflation test prior to sale.

Adequate tread depth is essential for safe driving on wet roads as the tread grooves help to remove water from the contact patch between the tyre and the road surface, which is essential for effective acceleration, cornering and braking.

Many drivers will buy part worn tyres in the belief that they offer better value for money. However, buyers should consider that part worn tyres will need to be replaced much sooner than a new tyre meaning further cost.

The National Tyres Distribution Association recommends that tyres over 10 years old fitted to vehicles are checked for damage, wear and other signs of old age. Checks can be carried out sooner than this.

John Roseblade, director of city environment at City of Wolverhampton Council, said: “Tyres are the only part of the vehicle in contact with the road surface, so they play a vital role in keeping you safe while driving.

“However, they can be expensive and it is understandable that people may consider buying part worn tyres to keep cost down. But unsafe part worn tyres are a serious danger to all road users and are not worth the savings if they end up costing you your health or damaging your vehicle.

“This investigation by our Trading Standards team has been extremely valuable and we will continue to work with part worn tyre sellers in our area to ensure they are aware of the legislation to prevent the sale of unsafe tyres.” 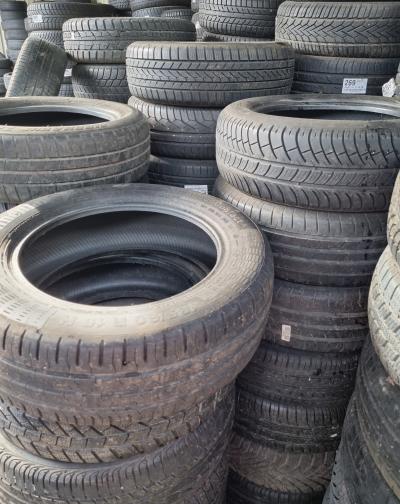 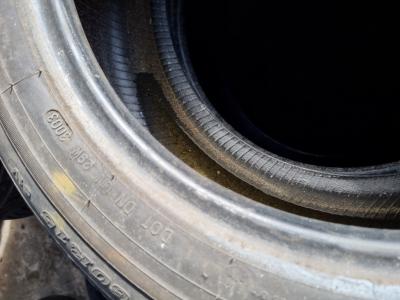