A message from the Safer Wolverhampton Partnership

As Chair of the Safer Wolverhampton Partnership, I don’t want anyone to feel unsafe in our city – that’s why I was saddened to hear some people had become apprehensive about using the city’s bus station following some recent incidents.

Earlier this year there were incidents of young people causing anti-social behaviour in that area, on a couple of occasions weapons were seized by officers and sadly during one assault a teenager was stabbed. But we responded quickly, both as police and alongside partners.

There is nowhere in this city that’s a ‘no-go’ for police, nor should there be any no-go places for the public either.

And as a result, 12 key offenders have been arrested for 38 offences, 10 offences have been charged and there have been 4 convictions so far.

Whilst there have subsequently been stories of continuing trouble at the bus station, we don’t recognise this as now being the case, although we do acknowledge that this is a busy area with a lot of people, especially young people, passing through every day.

In truth, a huge amount of work has been done by our many partners and we’re confident that in the past few months the bus station has seen no significant incidents and certainly not youngsters ‘meeting up for weekly fights’.

But sadly, beyond the city centre, in the last 4 months we have seen the appalling murders of 2 young men. Both teenagers were killed in knife attacks and these deaths are a stark reminder of the dangers that come when young people carry weapons and use them to settle differences.

Thankfully in the previous 3 years the city hasn’t seen such devastating violence and Wolverhampton is the third lowest in the West Midlands for this year in terms of violent crime involving young people – so these tragedies remain rare.

A number of young people have already appeared in court to face charges in these cases – but the work of West Midlands Police, and all of us in the Safer Wolverhampton Partnership, doesn’t stop there.

We are committed to steering youngsters away from getting involved in violence and in particular knife crime; we understand that the solution to youth crime and violence lies with the young people themselves and the opportunities they are given in life.

Young people are being offered support if they are identified as being at risk, with work going on inside primary and secondary schools to also educate children about knife crime, exploitation and gangs, whilst over these summer holidays there’s hundreds of activities on offer, much of it free, helping to keep young people active, engaged and out of trouble.

Earlier this month the city was also successful in securing £365,000 from the Home Office Safer Streets Fund to invest in tackling anti-social behaviour and promoting the safety of women.

Risks will always exist, as they do in any town or city, and we know there’s always more to be done to keep everyone safe – and feeling safe.

But we are striving to give Wolverhampton’s fantastic young people a city they can thrive in.

If you feel unsafe in a public place, you can let police anonymously by visiting StreetSafe.

The Safer Wolverhampton Partnership comprises a range of partners committed to working together to tackle issues of crime and community safety in a coordinated way to deliver a collective response. 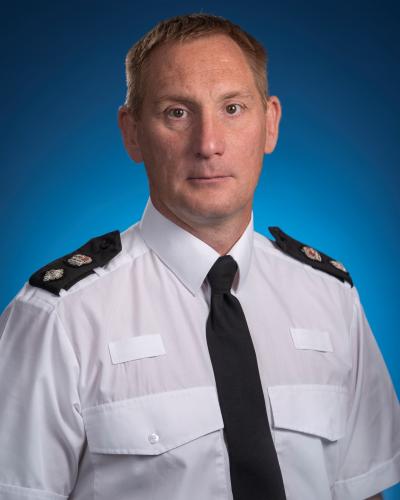