A new memorial commemorating the lives of seven airmen killed in a Lancaster Bomber crash has been unveiled in the city close to the site of the tragedy.

The accident took place just nine days after Germany had surrendered and the war in Europe was officially over.

The memorial, which stands on ground in Lichfield Road, Wednesfield, honours the young crew, who all died on the evening of 17 May,1945 when their plane came down in the area.

The aircraft, from 630 Squadron, had been on a routine cross country training flight out of RAF East Kirkby in Lincolnshire when it developed engine trouble and crashed.

The memorial consists of a blue brick wall and large plaque commemorating the date of the tragedy and the names of those killed. An information board stands nearby giving further details about the crash.

It was designed by Wednesfield History Society and has been funded by generous donations from the local community and Alan Degg, of local business Hilton Main Construction Limited. The memorial was constructed with the help of stonemason Jonathon Edwards and received support from City of Wolverhampton Council and local councillors.

The memorial was unveiled on Saturday, the 75th anniversary of VJ Day, at 5.15pm, the approximate time of the tragedy. Due to coronavirus (Covid-19) restrictions, numbers were limited, but a larger event is planned for next May to coincide with the date and time of the crash.

Councillor Steve Evans, Cabinet Member for City Environment at City of Wolverhampton Council, said: “The story of these young men who died just as the war in Europe had officially ended is an absolutely tragic one.

“I am delighted that the campaign by The Wednesfield History Society, supported by the council and local ward councillors, has resulted in providing them with a fitting memorial.

“It is important that we commemorate the lives of the young airmen and ensure that their names are not forgotten.” 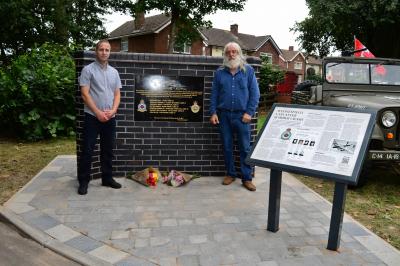 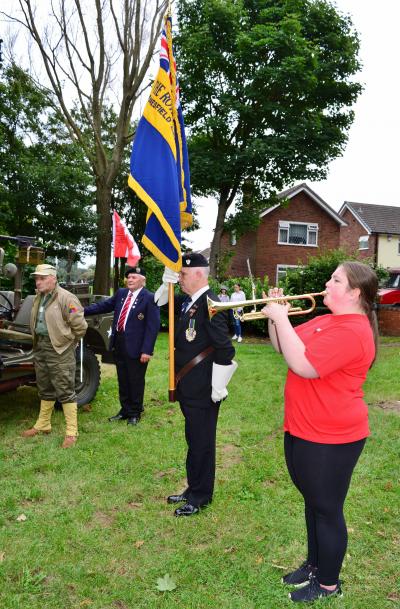 The standard bearer and bugler marking a minute's silence 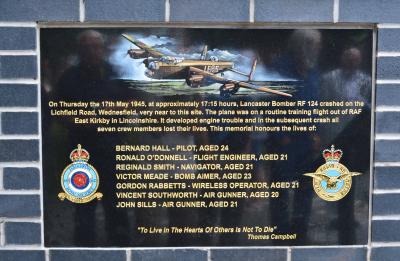 A close-up of the memorial plaque 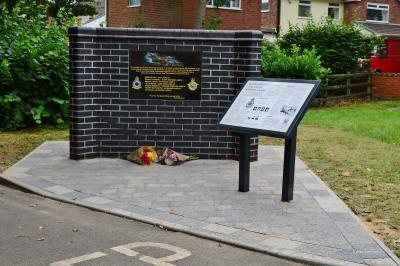 The memorial and information board