Members of Wolverhampton Youth Council are supporting their UK Youth Parliament colleagues in calling on the city’s young people to make their mark.

The annual Make Your Mark ballot gives young people the chance to decide what issues their Youth MPs should campaign on and debate in the House of Commons in the year ahead.

Nearly 9,000 young people in Wolverhampton cast their vote in 2018, with more than one million people nationally set to take part in what is the biggest youth consultation in the country this year.

Young people have until Wednesday 9 October to cast their vote, with ballot papers being made available from schools and youth groups across Wolverhampton.

They should each choose one issue from the 5 national topics: Protect the Environment; Votes at 16; Tackling Hate Crime; Making the UN Convention on the Right of the Child Statutory Law; and Welcoming Refugees.

They can also vote for one issue from the devolved topics which are: A Curriculum to Prepare us For Life; Tackling Child Poverty; Mental Health; Stop Street Harassment; and Put an End to Knife Crime.

This year young people will also have the opportunity to write a local issue of concern that will be shared with local councils.

The debate, involving Youth MPs from around the country, will take place on Friday 8 November during Parliament Week, a national initiative that aims to build a greater awareness of Parliament and the work it does. It will also be broadcast on the BBC Parliament channel.

Wolverhampton Youth MP Zain Alsoud said: “Make Your Mark is such an incredible event and I really do think it shows what young people are capable of.

“I’m proud to be a part of the impactful, amazing changes young people are making, and look forward to seeing how this year’s Make Your Mark pans out.”

Fellow Wolverhampton Youth MP Adeel Khan added: “I am incredibly grateful for the opportunity to represent Wolverhampton on the national stage in this year's Make Your Mark. The issues have been discussed rigorously by the fellow Youth MPs from across the country and I'm looking forward to seeing what issues young people vote for.”

Councillor John Reynolds, the City of Wolverhampton Council’s Cabinet Member for Children and Young People, said: “Our Youth MPs work really hard for the young people of Wolverhampton, and this is a great opportunity for them to highlight the issues they want debated.” 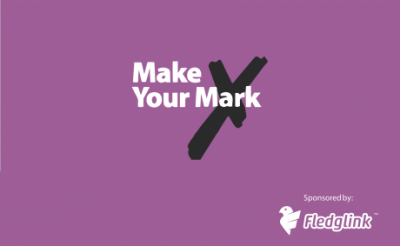