A proposal for a transformative scheme including 366 new homes and commercial space in the heart of Wolverhampton’s historic Canalside Quarter has been approved in principle today.

The £65 million proposal directed by build to rent developer Placefirst is for an ambitious residential scheme, to be located close to Wolverhampton’s new £150 million transport Interchange on land off Lower Horseley Fields in the city centre.

The development will deliver the first phase of a canalside community as part of a major regeneration project in the area, providing a mix of townhouses, new build apartments and commercial space across 5 acres of brownfield land.

The ambitious scheme, which will include the sensitive restoration of heritage canalside properties such as Union Mill, and major bio-diversity and environmental improvements, is designed by award winning architecture practice jmarchitects with WSP as planning and heritage consultants.

Planning permission is subject to the resolution of matters of detail, conditions and a s106 agreement.  Placefirst aim to commence construction later this year.

The proposed development will regenerate this historic canalside location, creating a new promenade, public open spaces, landscaping and the restoration of listed buildings. New pedestrian access to the canal towpath will be provided as well as commercial space for post covid working practises to be supported.

Build to rent developer Placefirst has worked collaboratively with the City of Wolverhampton Council and other stakeholders such as Canal and River Trust and West Midlands Combined Authority, as well as holding an online public consultation ahead of submission.

David Mawson, chief executive for Placefirst commented: “We are thrilled to receive planning approval in principle for the commencement of this extensive, transformative development in Wolverhampton’s Canalside Quarter. This will be our first Midlands development and we are proud that it is situated on such a historic location where we can unearth the true potential of this brownfield area.

“The vision for this waterside development, like with all of our residential proposals, is more than to build new homes, but also to create a thriving community in the heart of the city centre, providing a real alternative to homeownership where people will love to live. We look forward to the commencement of the project and welcoming residents to the area.”

Councillor Stephen Simkins, City of Wolverhampton Council Deputy Leader and Cabinet Member for City Economy, said: “The approval in principle of these plans bring the transformational Canalside vision a step closer to reality.

“They will deliver a nationally significant development that not only brings back into use a large parcel of brownfield land but also enables the city to take advantage of our fantastic waterways and the heritage that comes with it.

“The Placefirst scheme will also generate around 150 jobs and a boost our economic recovery from Covid-19.

“Urban living forms a critical part of how we are reimagining our city centre and will help us meet the increasing demand for housing.

“Canalside is a large and exciting opportunity that will require determined and skilful leadership with our partners to realise the opportunity.” 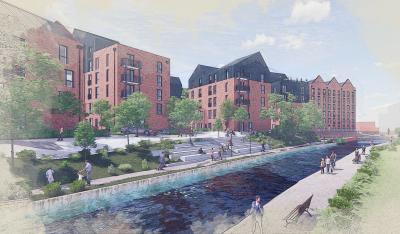 A proposal for a transformative scheme including 366 new homes and commercial space in the heart of Wolverhampton’s historic Canalside Quarter has been approved in principle today. 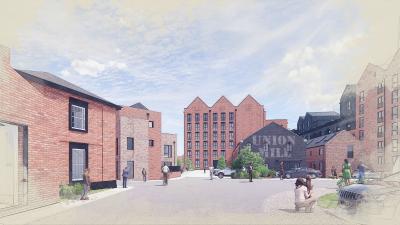 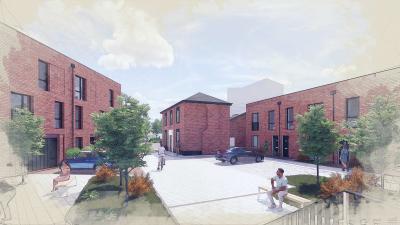