Some big laughs are promised in Wolverhampton this autumn as a popular comedy club is back and releasing tickets for its new season.

The Laugh Out Loud Comedy Club is returning to the Slade Rooms on Broad Street with some of the country's best TV and radio comedians.

5 gigs are planned during the autumn, and the club will also be celebrating a milestone during the run – its 10th anniversary of delivering comedy shows in the city.

During the past decade, LOL has brought some hilarious acts to Wolverhampton including local heroes Joe Lycett, a favourite on 8 Out of 10 Cats Does Countdown and current host of The Great British Sewing Bee, and Jo Enright, who has starred on TV with both Steve Coogan in I’m Alan Partridge and Peter Kay in Phoenix Nights.

LOL Comedy Club has also introduced international stars to the city including Canadian Tom Stade, known for his 'Meat Van' on BBC1's Michael McIntyre’s Comedy Roadshow, and Malaiwan Daliso Chaponda who was a finalist in 2017’s Britain’s Got Talent.

The team behind the club has worked with the likes of Jason Manford, John Bishop, Sarah Millican, Alan Carr and Chris Ramsey before they hit the big time and are looking forward to introducing some more great acts this autumn.

Marking the anniversary gig on Saturday 18 September, will be comics Patrick Monahan, winner of ITV’s Show Me The Funny, Michael Legge from BBC’s Would I Lie To You? and promising new stand up Simon Lomas. They will be joined by Brummie MC Susan Murray, one of Huffington Post’s top 100 funny women tweeters.

On Thursday 7 October, the laughs will be provided by Scott Bennett, who won the Comic’s Comic award 2020, comedy magician and Britain’s Got Talent semi finalist Mandy Muden and Matt Bragg, who has supported both Harry Hill and Phoenix Night’s Clinton Baptiste. They will be joined by 8 Out of 10 Cats writer Roger Monkhouse as MC.

Comedians Danny Mcloughlin from BBC2’s The Premier League show, Danny Deegan of BBC3’s The Adam & Kelly Show and Yuriko Kotani, who has appeared on Russell Howard's Stand Up Central, will be on stage on Thursday 4 November.

Joining them will be MC Barry Dodds, the only comedian in the UK to have his podcast made into a Hollywood feature film, The Parapod Movie.

Festive fun will be offered on Thursday 2 December by Britain’s Got Talent runner up Robert White, Dudley’s own Sean Percival, a veteran of the UK’s comedy festivals, and the multi award winning Matt Rees. Barry Dodds will be returning as MC.

And on 16 December, Steve Harris, North West comedian of the year and support act for Johnny Vegas and Peter Kay, will join character comedian Keith Carter as Nige and Freddie Farrell, who has shared the bill with acclaimed comedians such as Sarah Millican and Chris Ramsey.

MC for the night will be the creative comic Damion Larkin, who will often improvise his entire set. The evening promises to bring the gift of chuckles for Christmas.

Councillor Steve Evans, City of Wolverhampton Council’s cabinet member for city environment and climate change, said: “I’m delighted to see the return of the Laugh Out Loud Comedy Club to our city.

“We’ve all experienced a tough time of late and we’re all in need of something to raise our spirits. The comedians who will be performing can certainly promise to do that.

“It’s also a wonderful way to help us to relight our city and show people what fantastic events Wolverhampton has to offer. And a very happy tenth anniversary to the comedy club, we’re thrilled to see you back with us.”

All shows will adhere to the most up to date guidance around coronavirus (Covid-19) to ensure safety for our audiences.

Tickets, priced £16.50 per show, are available now from Ticketmaster.

Full details of the shows can be found on the Slade Rooms Facebook page. 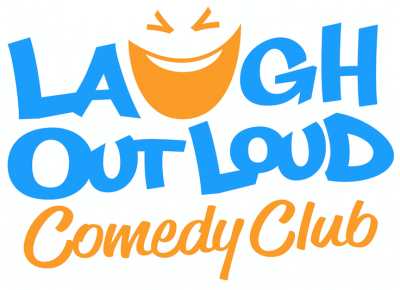