Join the race as city says no to Hate Crime

A series of events are planned as Wolverhampton marks Hate Crime Awareness Week – culminating in a 5km Race Against Hate in the city's West Park.

Hate crime is any criminal offence committed against a person or property which is motivated by an offender's hatred of someone because of their race, colour, ethnic origin or nationality, their religion, their gender or gender identity, their sexual orientation or their disability.

It can take many forms, from physical attacks such as an assault, damage to property, offensive graffiti and arson, to verbal abuse or insults or the threat of attack, including the sending of offensive letters, emails or texts, abusive or obscene telephone calls or malicious complaints.

The Safer Wolverhampton Partnership is organising a range of events next week to help to raise awareness of the city’s zero tolerance to hate crime, and celebrate Wolverhampton's cohesive and diverse communities.

On Monday (14 October) people are being asked to share messages about hate crime on their social media channels – using the hashtag #stophateWV on Twitter – while on Tuesday and Thursday (15 and 17 October) members of the Safer Wolverhampton Partnership will be raising awareness among shoppers at Sainsbury's, St Marks.

Shoppers will be encouraged to write messages about hate crime on a wipeable wall at the Mander Centre on Friday (18 October), while also during the week Third Party Reporting Centres – independent organisations that have been trained to record hate crimes and incidents, offer support and signpost to other help – will be coming together for a Third Party Tea Party. Organisations which are interested in becoming a Third Party Reporting Centre are also invited to attend.

The events conclude on Sunday 20 October with a Race Against Hate at West Park, a 5km run or walk – equivalent to three laps of the park – open to people of all ages, families and teams. For more details visit Race Against Hate.

There are a number of ways that victims of, or witnesses to, an incident can report hate crime:

“During Hate Crime Awareness Week we will be sending out the strong message that hate crime is not tolerated in Wolverhampton, that victims must not suffer in silence and that there are plenty of ways that local people can get involved.

“Most importantly, we would encourage anyone who has either been the victim of hate crime, or has witnessed an incident of hate crime, to speak out and get help and support.” 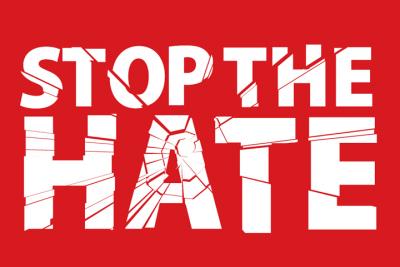 City says no to Hate Crime