City of Wolverhampton Council has obtained approval from the High Court, Birmingham District Registry, to continue to protect the city’s most vulnerable sites against unauthorised encampments.

The ruling, delivered yesterday (20 July) at a review hearing, means that the council will be able to continue with its traveller injunction until January 2022.

Work to create a transit site will go ahead during the coming months after the council approved planning permission in January for a transit site to be created on land at Gorsebrook Road.

The site is due to open in January 2021 and could see up to 13 traveller families housed for a maximum 14 days at a time with a year long trial to assess the level of use.

Acknowledging the progress that has been made and recognising the need for an injunction in Wolverhampton, the High Court judge, Mr Justice Martin Spencer approved the continuation of the injunction and endorsed the approach of the council in this case which he said complied with both the “letter and spirit” of the latest case law from the Court of Appeal.

He noted that since the last hearing in December, planning permission had been granted to enable the transit site and he acknowledged the council was “working hard” to make sure the site gets built and opened.

Mr Justice Spencer also said that in pursuing the injunction, the council had taken into account the ancient rights of gypsies and travellers to live a nomadic lifestyle. This was reflected in the creation of a transit site and the limiting of the injunction to cover only selected ‘hotspot’ sites and not be applied across the whole city.

Wolverhampton’s traveller injunction was initially granted on 2 October,  2018 to run for three years, covering 60 sites. The council returned to court on 5 December, 2019 for a first review hearing when the terms of the injunction were varied to cover 59 sites and plans for the development of a transit site were discussed.

The aim of the injunction is to evict travellers camped on the protected sites more quickly and save taxpayers’ money being spent on expensive court proceedings and excessive clean-up operations.

Anyone illegally occupying any of the protected sites could be arrested and imprisoned, fined or have their assets seized.

Councillor Steve Evans, Cabinet Member for City Environment at City of Wolverhampton Council, said: “I'm very pleased that the High Court has approved the continuation of the injunction to protect our most vulnerable spaces against unauthorised encampments.

“Without the continued injunction, we were facing costs of between £250,000 to £300,000 a year to move on unauthorised camps and I would like thank everyone who has been involved in ensuring the continuation of the injunction.

“We will now continue to develop the transit site, after work was delayed for the bird nesting season and due to the Covid-19 pandemic. The site will offer a place for travellers to stay for short periods of time for a fee.”

To find out more about the injunction and the protected sites visit Traveller Injunction. 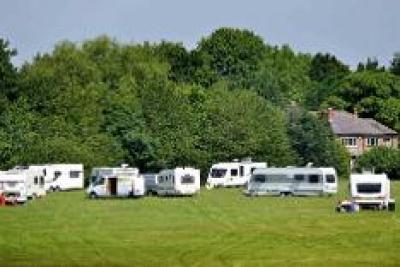