Community organisations have been thanked for their work to improve the emotional wellbeing of children and young people in Wolverhampton through the city’s HeadStart programme.

Gazebo, Positive Participation, WV10 and YMCA were all commissioned at the beginning of the City of Wolverhampton Council’s National Lottery-funded programme to deliver mental health and emotional wellbeing support to 10 to 16 year olds in 4 areas of the city.

HeadStart Wolverhampton has been working over the last 6 years to improve the emotional mental health and wellbeing of children and young people by giving them the skills they need to cope with the challenges of modern life.

And with the programme, and the providers’ commissioned activities, now coming to a planned end, their achievements and work for young people are being celebrated.

Gazebo, based in Bilston, worked with over 500 young people since 2018, providing activities such as regular out of school sessions, school holiday activities and remote and 1 to 1 support for young people, including therapeutic support and mentoring.

Positive Participation, in Blakenhall, aimed to raise mental health awareness in their local area and help close health inequality gaps among youngsters from ethnic minority groups. They also identified that mental health specialist support should be provided to wider family members, receiving 120 referrals for parents and carers with a mental health condition.

WV10, serving Bushbury, Low Hill and the Scotlands, helped improve the emotional wellbeing of over 1,200 young people through a variety of means, including the creation of three community hubs and activities including music, cooking and dance.

And YMCA, which is based near Wolverhampton city centre, worked to empower young people and families in the city to improve their own mental wellbeing – offering weekly activities such as sports, cooking and mindfulness techniques to close to 1,000 young people.

Providers continued to deliver support throughout the Covid-19 pandemic, ensuring that children, young people and families still got the mental health support they needed during the worldwide health emergency.

And now some of the providers have gone on to access other funding to enable them to continue to deliver support and activities to children and young people in the city.

Emma Bennett, the City of Wolverhampton Council’s Executive Director of Families, said: “As the HeadStart Wolverhampton programme comes to its planned end, it is a great opportunity for us to reflect on the fantastic work that our commissioned providers have done for children, young people and families in Wolverhampton over the last few years.

“Thousands in the city have benefitted from their activities, support and guidance, which has played an integral part in improving their mental health and emotional wellbeing. I would like to say a big thank you to them, on behalf of HeadStart Wolverhampton, the council and the people they have supported, for their hard work.

“We believe that learning from the programme will allow the providers to continue HeadStart’s legacy one the programme ends and support our city’s young people and families with their emotional wellbeing in the future.”

HeadStart launched in 2016 thanks to £9.5 million in funding from The National Lottery Community Fund, the largest funder of community activity in the UK.

Through a test and learn approach, the programme has offered help, with the support of community providers, online services and schools, to improve the emotional wellbeing and mental health of 10 to 16 year olds in the city.

Learning from the programme has already been embedded in city services such as Wolverhampton’s Youth Engagement Strategy (#YES), which launched in January 2020 and aims to help children and young people in the city feel healthy, connected and have the confidence to be themselves, as well as Yo! Wolverhampton, which aims to give young people in the city more opportunities and support with their mental health. 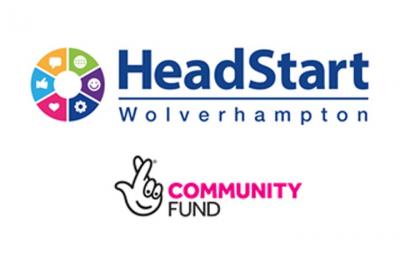