More than half a million illicit cigarettes and other types of tobacco have been seized in raids led by City of Wolverhampton Council’s Trading Standards team.

The huge haul was recovered from two premises in Wolverhampton and Walsall under the operation led by council officers.

Acting on intelligence from previous complaints, officers yesterday (17 June) targeted a number of premises where illicit tobacco products were believed to be on sale or stored for sale or distribution.

In Wolverhampton, officers discovered a number of illegal items within a convenience shop. Further investigations by the team found that a hole had been cut in the shop wall, connecting it to a neighbouring house, where approximately 250,000 illicit cigarettes were being stored.

Officers also found 250,000 cigarettes in a shipping container located at a residential address in Walsall.

The raids were led by City of Wolverhampton Council’s Trading Standards team and supported by West Midlands Police and Walsall Council.

They were carried out under Operation CeCe, a National Trading Standards initiative in partnership with HMRC, that aims to tackle illegal tobacco. An investigation is now underway.

Councillor Steve Evans, City of Wolverhampton Council’s cabinet member for city environment and climate change, said: “This is an absolutely fantastic result, achieved by the hard work and diligence of our Trading Standards officers.

“The amount of illicit cigarettes and other quantities of tobacco which have been recovered is astonishing and it is thanks to the team, working in partnership with West Midlands Police and Walsall Council, that we were able to recover this haul.

“Our Trading Standards officers carry out operations such as this to help protect the public from dangerous products, as well as to protect our legitimate businesses.”

“The selling of such goods is not only is a serious crime that robs the public purse of much needed revenue, it also poses a real threat to public health. Illicit cigarettes hold even greater risks than legitimate ones as they often contain far more nicotine and some fake products can contain high levels of lead and arsenic. “

Once investigations have been completed, the cigarettes and tobacco will be handed over to a recycling scheme to be dealt with in an environmentally friendly way.

The tell-tale signs of illicit tobacco include unusual taste, cheap price, unusual packaging, spelling mistakes or incorrect logos. They may also have health warnings that may not be printed in English, might not display a picture, might not be printed on a white background and may have different sized lettering to usual. 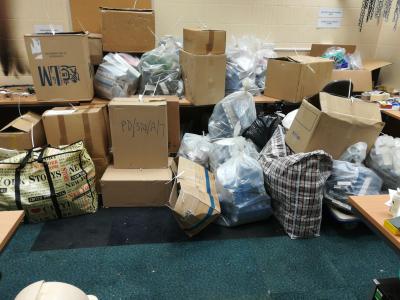 Some of the illegal cigarettes and tobacco seized during the raids 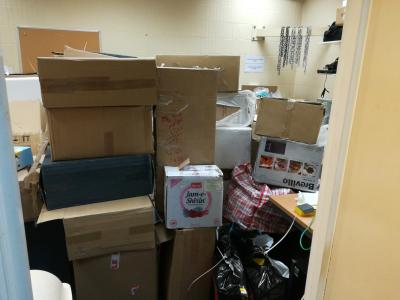 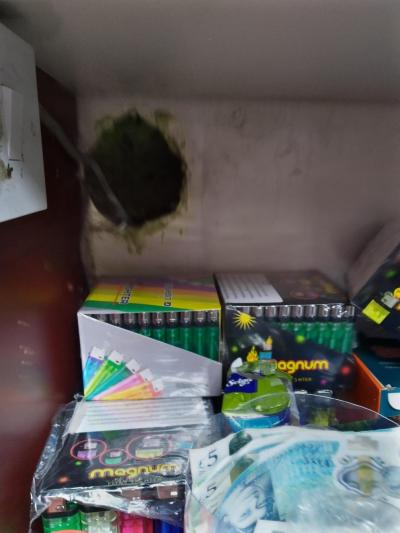 A hole that had been cut in a shop wall, connecting it to a neighbouring house where the illicit cigarettes had been stored 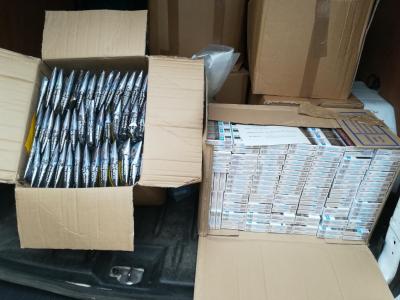