A regional naval unit has been granted Freedom of Entry to Wolverhampton after building firm relations with the city over the last 20 years.

HMS Forward, based in Birmingham, regularly visits and supports military events across the city – and is often seen in parades at Armed Forces Day and Remembrance celebrations.

In addition, the Commanding Officer and Staff Officer accommodate invitations from the Mayor of Wolverhampton’s office to provide a senior Naval Officer for all military events, as well as supporting the Royal British Legion with its annual Poppy Appeal in the city centre.

HMS Forward’s training centre was officially opened in 1999 by HRH The Princess Royal Princess Anne and hosts Royal Navy Reservists across the West Midlands. It has a crew of nearly 100 personnel, of which a fifth originate from Wolverhampton.

Freedom of Entry is granted to service units who have “rendered conspicuous service” and are closely associated with the city. It allows the unit to march through the streets of the city with “bayonets fixed, swords drawn, drums beating and colours flying”.

The Commanding Officer of HMS Forward, Commander Philip Sparke, said: "It is a huge privilege for HMS Forward to be granted Freedom of Entry to the city of Wolverhampton. This is an honour that British cities have bestowed on naval and military units for hundreds of years and we are thrilled to be part of that continuing tradition.

“HMS Forward hugely values its relationship with the city of Wolverhampton, and I hope that this ceremony will cement that for very many years to come."

The Freedom resolution was passed at a Full Council meeting of the City of Wolverhampton Council earlier this year and a formal presentation of the freedom scroll will take place at a special ceremony on Saturday 28 September at 12pm, where Rear Admiral Mike Bath will be in attendance.

The Mayor of Wolverhampton, Councillor Claire Darke, said: “It is an incredible honour to be able to grant HMS Forward Freedom of Entry to our city. It is crucial that we collectively recognise the commitment of a unit which has gone above and beyond in its service to Wolverhampton for the past 2 decades.

“I’d encourage everybody to come along on 28 September to witness the spectacle of the unit marching through our city centre.” 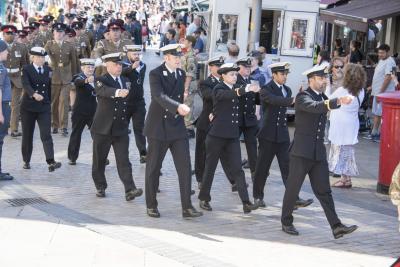 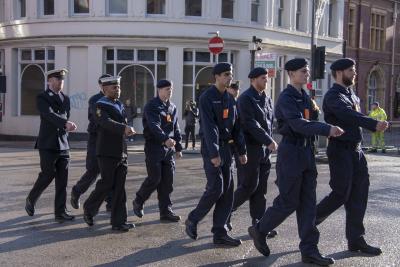