The countdown is on for Wolverhampton families to see history made when the Birmingham 2022 Queen's Baton Relay literally parachutes into the city in a spectacle not to be missed in less than 12 days’ time.

The Baton, which has already made an epic journey around all Commonwealth nations and territories, will parachute from the skies above East Park in Wolverhampton at 8am precisely on Sunday 24 July, 2022.

Organisers are expecting a party atmosphere in East Park to greet the Wings Parachute Team as they deliver the Baton safely into the hands of the first of 49 Batonbearers on the Wolverhampton leg of the relay.

The first 150 people attending will also be able to enjoy a free breakfast bap as they watch the skies for the Baton making its descent and history in the process.

The Baton will be carried around the football fields of East Park by the first 3 Batonbearers, before departing by car for a quick private visit to Wolverhampton Wrestling Club on the Cannock Road to be met by Commonwealth Games hometown hero Ranjit Singh.

The relay then gets underway at WV Active Aldersley at 9am where it will be welcomed into the stadium by Hit the Dhol and bhangra dancers before it is cycled around the track by former Commonwealth gold medallist Hugh Porter MBE and then carried around the running track by local school children.

Residents can line the route to cheer on the Baton from WV Active as it embarks on its journey around the city, with the next stop being a private visit to schoolchildren at St Andrew’s Primary School and then Molineux Stadium.

There will be celebrations at all the main venues, which will continue throughout the morning after the Baton departs with a mix of music, dance and fun activities for all the family.

Radio Presenter and ‘Voice of Wolverhampton’ Dicky Dodd will host live music and entertainment in Queen Square and people can have their photo taken with the Baton before it departs Wolverhampton for Dudley at 11.30am.

Councillor Steve Evans, the City of Wolverhampton Council’s Cabinet Member for City Environment and Climate Change, said: ‘This is going to be a fantastic day for the city, one that’s not only going to be lots of fun, but also where families can say they were there to see this historic event take place.

“The Queen’s Baton Relay is a Commonwealth Games tradition that celebrates, connects and excites communities and I’m certainly excited that the people of Wolverhampton have the chance to take part in such a special event.

“Please come out and watch on the day and cheer the Batonbearers on as they make their way along the varied route through our great city.”

For more details on exactly where you can see the Baton go to Birmingham 2022 Commonwealth Games - Queens Baton Relay or keep an eye on the council’s Facebook and Twitter pages, and for regular updates.

People can also find out more about the Queen’s Baton relay and its journey regionally at Birmingham 2022 Commonwealth Games. 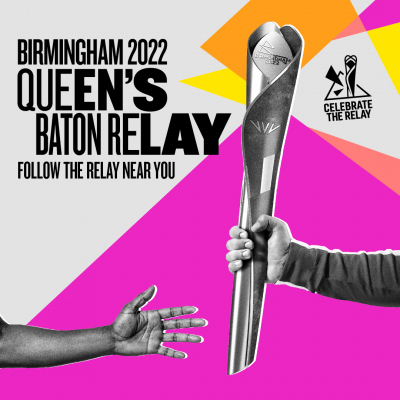 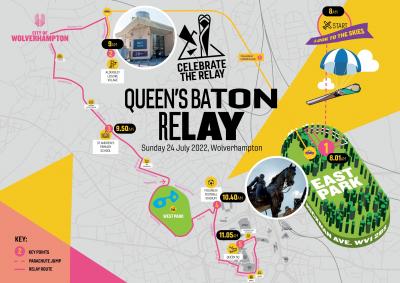 A map showing the route