The fifth major new store opening of 2019 takes place at the Mander Centre tomorrow (Friday 15 November) as one of the UK’s largest retailers, Wilko, opens a brand new store in Wolverhampton city centre.

Wilko has completed its fit out of the 24,000 sq ft store on the lower mall and joins B&M, Matalan, New Look and One Below in opening new stores in the city’s premier shopping mall.

The Mander Centre is bucking the national retail trend in attracting big national brands with these successful lettings being delivered by a highly proactive management team at owner Benson Elliot.

And the positive news for West Midlands shoppers will continue in 2020 as, in January, the fit out begins for one of the UK’s first new Frasers multi brand store concept stores.

Sports Direct International will unveil Frasers in a 94,000 sq ft flagship multi level store that becomes home to the Frasers, FLANNELS, Sports Direct and USC brands, when Debenhams departs in early 2020, delivering a huge boost to the customer experience at the heart of the city centre.

The success of the Mander Centre has also been put down to the strong local ties between Benson Elliot, the Mander Centre and City of Wolverhampton Council, which is actively promoting High Street retail in the city.

For more than 85 years, Wilko has enjoyed success starting with Old Charney, our first store in Leicester back in 1930; developing the first Wilko brand paint range in 1973 and welcoming the first online customer in 2007.

Today, it’s a brand with more than 14,000 Wilko products that are more than half annual sales; more than 400 stores in the UK and more than 600,000 followers on social media.

Richard Scharenguivel, the manager of the Mander Centre, said: “Wilko is a fantastic national brand and we are delighted to welcome them to The Mander Centre.

“Wilko joins a very strong brand line up in the centre with Matalan and B&M opening earlier this year, the successful transfer of New Look into a new 17,000 sq ft unit and works are underway to move Bodycare into a larger and more modern store in the centre.

“We take a proactive and innovative role in supporting our brands and we will be working with Wilko, as we do with all our brands, to ensure they become a popular addition to the Mander Centre line up.”

Jonathan Ratnage, Retail Sector Specialist at Benson Elliot, said: “Wilko is the fifth new store to open in 2019 and with all the recently opened or relocated stores trading well we are looking forward to more major new openings in the New Year.

“We are constantly seeking to improve the retail offer for our West Midlands customers, ensuring bigger and better reasons to shop in the city centre and consolidating both Wolverhampton and the Mander Centre as the city’s pre eminent customer destination.

“The Mander team work hard to give all our customers good reasons to shop locally in the city where they live and work. Matalan, B&M and Wilko – as well as our other key stores – and the new Frasers offering will all serve to broaden the city centre’s appeal across a wider catchment area, supporting and sustaining jobs and investment into the future.”

The Mander Centre is located in the heart of Wolverhampton and is the prime retail destination for the city with an annual footfall of 12 million shoppers. 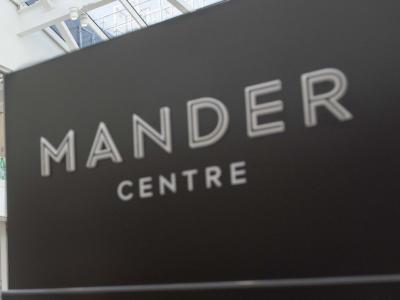