Famous faces join hunt for Young Citizen of the Year

Wolverhampton Wanderers footballers and a TV personality have joined this year’s search to find exceptional young citizens in Wolverhampton.

Wolves players Leander Dendoncker and Theo Corbeanu have been joined by The Repair Shop presenter Jay Blades to encourage people to put forward nominations for the Wolverhampton Young Citizen of the Year Awards.

Dendoncker and Corbeanu said: “If you know a young person who has helped others during the pandemic or done something in their community, school, college or work place that deserves to be recognised, nominate them for the Wolverhampton Young Citizen of the Year Awards. Anyone can nominate – parents, neighbours, friends and colleagues.”

Jay Blades added: “All together we work better together. We want to hear about young people who are going that extra mile and you know who they are – so get nominating.”

By sending in video messages to show their support to the search, the trio join a host of famous faces who have supported the award in previous years, including soul singer and Honorary Freewoman of Wolverhampton Beverley Knight and Black Country comedian Doreen Tipton.

Organised by the city’s 5 Rotary clubs, in partnership with the City of Wolverhampton Council, the Express & Star, Wolverhampton Wanderers Foundation and Carvers Building Supplies Ltd, the awards were cancelled in 2020 due to Covid-19.

This year, the age range has been extended to 13 to 25, with separate 13 to 18 and 19 to 25 categories, to encourage people to nominate a young citizen who has gone above and beyond to help others during the coronavirus pandemic.

In previous years, young people have won the award for their work with youth groups, in combatting knife crime and reducing cultural prejudice in their community.

Roger Timbrell, Chair of the Organising Committee, said: “After a year that has been tougher than any other for our city’s young people, many have gone above and beyond to help their families, neighbours, classmates and local communities.

“I want to encourage anybody who knows a young person who has gone the extra mile to help others to nominate them, so that they can be recognised.”

Anyone can nominate a young person who lives, goes to school or works in Wolverhampton. To submit nominations, and watch the videos from Leander Dendoncker, Theo Corbeanu and Jay Blades, please visit Young Citizen of the Year Awards. The deadline for nominations is Monday 31 May, 2021. 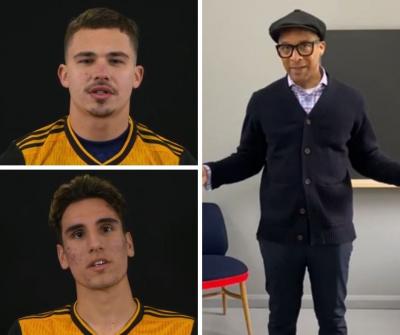