Wolverhampton, 10 May 2019: Today eBay will open its first UK concept store. The pop-up store will be located in the heart of Wolverhampton and offer 40 small businesses from the local area the chance to showcase and sell their products for a month.

eBay is helping to reinvent traditional high street retail by bringing together 40 small businesses into one physical shop. The concept store will also act as a retail experiment for eBay and the participating businesses, using QR codes for purchases and tracking a number of sales and traffic metrics. It is designed to provide an opportunity to better understand the interaction between physical and online retail and explore the valuable role physical stores can play in driving separate, online sales.

The new space has been designed with the theme ‘Home Grown by Wolverhampton’. A place where botanical garden meets first class retail space, it stands as a physical symbol of the important role that homegrown businesses play in their communities.  The space aims to celebrate eBay’s work to help Wolverhampton’s businesses evolve for the 21st Century, showing how online and offline retail can co-exist and work in harmony.

The selection of businesses featured will change each week and will include businesses such as Tony’s Deli (a local deli selling his food hampers online), HomeSmart Blinds (a Wolverhampton based window blind supplier) and White B Gifts (a business selling illustrations inspired by local history).

The concept store is eBay’s latest commitment to Wolverhampton as part of its Retail Revival pilot scheme, a year long programme in which the marketplace is working closely with 64 local businesses to help them maximise digital sales and demonstrate how online and physical retail can thrive in combination.

eBay’s partnership with the City of Wolverhampton was announced in September 2018 after research conducted by Development Economics revealed that a quarter (25%) of small retailers across the UK do not have an online presence aimed at generating sales – defined as a website, social media channels or a presence on an online marketplace.

Worryingly, nearly three quarters (71%) said they had no plans to close this digital gap in the future. The research showed that were these businesses to close the digital gap, they could benefit from as much as £4.1 billion in additional sales revenue each year, equating to £19,250 in additional annual revenue for each individual business without an online presence.

Participants in the programme exceeded a collective £2 million of sales in March – with a reported average year on year growth of 36% – just 6 months into the pilot. Beyond sales, nearly half of the businesses on the programme (46%) have expanded or plan to expand their business premises since enrolling, while four in ten (42%) have hired or plan to hire additional staff.

As well as showcasing products from 40 of the retailers participating in Retail Revival, the pop-up will host a series of interactive events and workshops to help the community get to know these local businesses. This will include a meet and greet with an array of reptiles and pets hosted by pet supply store Hugglepets, a make-up tutorial from cruelty-free beauty brand Second Glance Cosmetics and a ‘design your own backpack’ workshop run by handmade accessories business, Goodstart Jones.

To celebrate the opening of the concept store, eBay will be supporting many of the participating Retail Revival businesses by funding a 20% discount for customers between 13 and 16 May. Lucky shoppers will be able to redeem this by using the code POP20.

One business that will be participating in the concept store is Fizzbiz, which sells fabrics, zips, haberdashery and embroidered items online. Fiona Scarrott, who founded Fizzbiz in 2014, said: “The eBay Concept Store is such an exciting opportunity to learn more about physical retail and I’ve been blown away by the opportunities the Retail Revival programme has given me. I’ve received training and mentoring on new topics and skills, and it has taught me many valuable lessons to help develop my business.

“But it’s not just about getting to take part in the Concept Store – Retail Revival has opened so many other doors for Fizzbiz, which started as a hobby. In the last six months my turnover has almost doubled, helping fulfill my dream of building a workshop in my garden to let me focus on my business.”

Rob Hattrell, Vice President of eBay in the UK, said: “The small retailers taking part in Wolverhampton’s Retail Revival have already shown that physical and online retail can survive – and thrive – together. They have achieved more than £2 million in sales as of March and many have employed more staff as a direct result of the partnership. This pop-up store aims to take that growth, and the value of this programme, to the next level. It will explore how stores of the future could combine technology with that vital human connection to powerful effect – whatever the size of the business.”

City of Wolverhampton Council Deputy Managing Director, Mark Taylor, said: “This concept store shows yet again the strong commitment eBay has made to the City of Wolverhampton. The Retail Revival scheme is making a real difference to the participating businesses and the pop-up store will help give them an even bigger profile. Other businesses will also be encouraged to take advantage of the free, interactive workshops and training seminars on offer.

“We very much value the presence of these independent businesses in our city and the creative local people behind them. They help give City of Wolverhampton its own identity and character and, in this challenging retail climate, they need all the support they can get.” 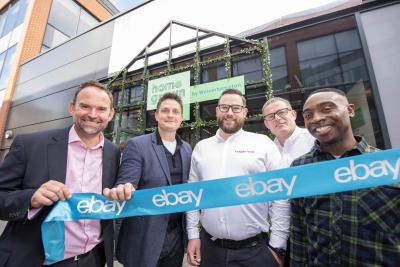 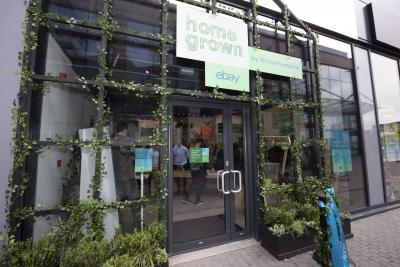 The store will act as a retail experiment for eBay and participating businesses, helping to better understand the interaction between physical and online retail 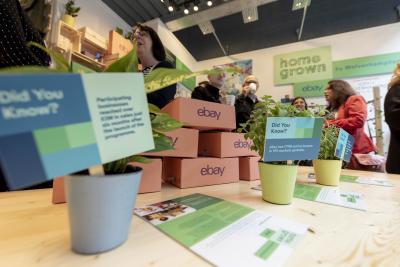