A Wolverhampton body modification artist, known as 'Dr Evil' has today pleaded guilty to 3 counts of grievous bodily harm after removing and cutting body parts in his studio.

Brendan Patrick McCarthy, owner of Dr Evil's Body Modification Emporium previously based in Wolverhampton, added 'body modification' to his services before carrying out extreme procedures at his tattoo parlour.

All procedures including the removal of a customer's ear, a client's nipple and splitting a customer's tongue, were carried out without an anaesthetic.

Public Protection officers at City of Wolverhampton Council served a notice on McCarthy preventing him from carrying out any of his extreme services under the Health and Safety at Work Act 1974.

The council engaged the expertise of a consultant ear, nose and throat surgeon to advise of the risks involved in McCarthy's activities.

West Midlands Police arrested McCarthy in December 2015 on suspicion of assault and again in October 2016 for wounding with intent to cause grievous bodily harm.

Councillor Steve Evans, Cabinet Member for City Environment at City of Wolverhampton Council said: "Today, we have exposed a national issue which requires a national regulation to be introduced to protect members of the public against the risks of extreme body modification.

"Whilst I'm sure Mr McCarthy considers himself an artist, providing a service removing and cutting people's body parts without adequate medical training from unsuitable retail premises, presents a risk to the public that we are not prepared to accept.

"McCarthy has been undertaking significant cosmetic practises which need to be carried out in a suitable medical facility and customers need to be psychologically vetted before the procedure.

"Cosmetic surgery requires a high level of legislation and we will be asking national government to address these extreme practises that are being increasingly requested by the public."

Detective Inspector Chris Fox from West Midlands Police's Complex Investigations Unit, said: "We launched an enquiry as soon as we were alerted to concerns over McCarthy's practices.

"We found he was performing complex procedures without medical training, outside a clinical environment, without knowing clients' medical histories or psychiatric background, and in the absence of any life saving equipment should procedures have gone wrong.

"It was important to take action in order to protect the public.

"One consultant ear, nose and throat surgeon we spoke to said there were significant complications associated with the removal of someone's ear and that such a procedure should only ever be carried out by medical experts in a hospital.

"We also had concerns McCarthy was potentially carrying out procedures on people with psychiatric conditions like Body Dysmorphic Disorder without conducting any mental health assessments in advance."

The council has investigated McCarthy since his actions were bought to their attention following complaints within the body piercing industry.

McCarthy will be sentenced on Thursday 21 March, 2019 at Wolverhampton Crown Court. 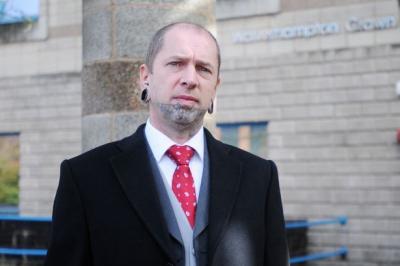