People have until Thursday (21 January) to submit comments and observations regarding the car cruising injunction which is currently in force in the Black Country.

The 4 Black Country councils will return to the High Court on Wednesday 27 January to seek the renewal of the injunction, which bans car cruising in the region.

They will request an extension of the existing injunction for a further three years, and for a variation to it so that it applies not only to people organising and participating in a car cruise, but to spectators as well.

In light of the ongoing coronavirus pandemic, the hearing will take place remotely, and therefore people are invited to submit comments and observations regarding the car cruising injunction, and the application to extend and vary the terms of the injunction, by emailing litigation@wolverhampton.gov.uk by 4pm this Thursday. Comments received will be presented as evidence to the High Court.

Councillor Jasbir Jaspal, the City of Wolverhampton Council's Cabinet Member for Public Health and Wellbeing, said: "The car cruising injunction has been incredibly effective since its introduction in February 2015, and we are naturally keen to ensure that it remains in effect for another three years.

She added: “This month's hearing will be held remotely, so we are inviting people who wish to submit comments and observations for consideration by the court to do so electronically by emailing litigation@wolverhampton.gov.uk by 4pm this Thursday.”

More than 50 individuals have been subject to committal proceedings for breaching the injunction since 2015. One defendant received an immediate custodial sentence of three months, over a dozen were given suspended sentences of up to 6 months while others received fines of up to £2,000 and were ordered to pay costs. More than a dozen respondents have given undertakings to the court. 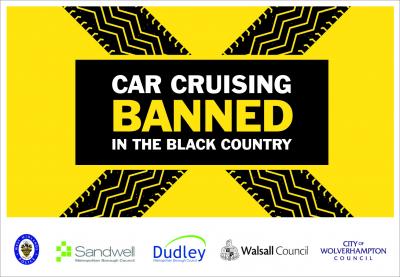