A ground breaking injunction banning car cruising in the Black Country is proving effective and should continue, the High Court has said.

The injunction, which came into force in February 2015, prohibits people from taking part in a car cruise anywhere within Wolverhampton, Dudley, Sandwell or Walsall, or from promoting, organising or publicising any such event in the same area.

It has acted as a deterrent to those previously involved in, or considering becoming involved in, car cruising, and has significantly reduced instances of car cruising throughout the region – with authorities reporting a "real drop off" in the number of cases in 2019, though the problem still persists in some areas.

A review hearing, before His Honour Judge Worster, sitting as a Judge of the High Court, took place on Monday (30 March, 2020) and looked at the effectiveness and appropriateness of the injunction, which currently lasts until February 2021. HHJ Worster said that, having reviewed the matter, the order should continue in force.

Councillor Jasbir Jaspal, the City of Wolverhampton Council's Cabinet Member for Public Health and Wellbeing, said: "Car cruising is not only illegal but also dangerous, putting the safety of participants and spectators at risk. It also generates late night noise and disturbances for people living near to hotspots.

"The injunction plays a crucial role in helping the authorities tackle the nuisance, danger and anti social problems car cruising causes, and we are naturally delighted that the High Court has determined that it should remain in force – particularly as it will help reduce pressure on the emergency services at a time when the country is dealing with the coronavirus pandemic."

HHJ Worster said: “The evidence is that (the order has) been effective, but the problem persists. The danger it poses at a time when the NHS and the police are stretched is all the greater.”

Over 50 individuals have been subject to committal proceedings for breaching the injunction since 2015. One defendant received an immediate custodial sentence of 3 months, over a dozen were given suspended sentences of up to 6 months while others received fines of up to £2,000 and were ordered to pay costs. More than a dozen respondents have given undertakings to the court.

For more information, please visit Car cruising injunction.  Incidents of car cruising should be reported to West Midlands Police on 101. In an emergency, always dial 999. 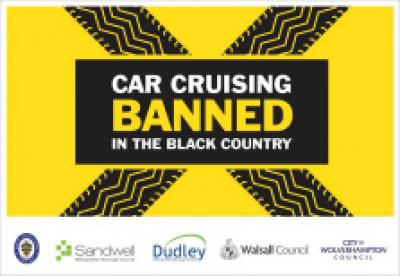