A senior Wolverhampton councillor has made an impassioned plea for minority groups to tell the council what would make them feel better supported and safer after one of her colleagues was subjected to a homophobic hate crime.

Councillor Paula Brookfield, the council’s cabinet member for governance, has spoken out after a newly elected councillor was verbally abused and threatened as he walked down the street.

Councillor Chris Burden was on his way to meet friends earlier this month to watch an England football match when a car pulled up alongside him twice and the occupants shouted homophobic slurs and made threats.

At the time, the 25 year old described the experience as saddening, intimidating and frightening – but he said he was not shocked because similar incidents had happened to him before.

Councillor Burden, who is openly gay, is the youngest serving councillor on City of Wolverhampton Council and was elected just last month to represent the Fallings Park ward.

He decided to go public about the incident during LGBT+ Pride Month – a time when the LGBT+ community celebrates who they are, recognise the progress made on the journey to achieving legal equality and highlight the need to continue the fight against bigotry, prejudice and hate.

Now Councillor Brookfield has offered her support to her colleague and has joined him in encouraging people to complete the council’s Rainbow City consultation before it closes on 12 July.

The council is asking people for their views on creating a ‘rainbow city’ by improving recreational and support services where people can feel safe and welcome to be whoever they are, including the city’s LGBT+ community.

Councillor Brookfield said: “I was appalled when I heard what had happened to Chris, but the sad reality is that even in 2021, LGBT+ people, people of colour, disabled people and all other minorities face bullying, hatred and bigotry.

“Nobody should be subjected to abuse, threats or intimidation on our city’s streets. I agree with Chris when he said what happened is not reflective of our largely welcoming city, but we cannot ignore it when incidents like this happen.

“I condemn homophobia and all incidents of prejudice and hate in the strongest possible terms. Don’t suffer in silence, if you are the victim of hate crime then please report it to the police who will take you seriously and will investigate.

“Chris is a lovely person and it is so typical of him to think of others and use the awful experience he went through to highlight the need to fight bigotry during Pride Month and to encourage people to complete our Rainbow City consultation which is about finding out what facilities our residents want and need in our city so that they can feel safe, supported and able to be who they are.

“I would urge everyone to complete the survey, whether you are part of the LGBT+ community, an ally of LGBT+ people or indeed anyone who feels they need safe spaces and better facilities to support their needs.” 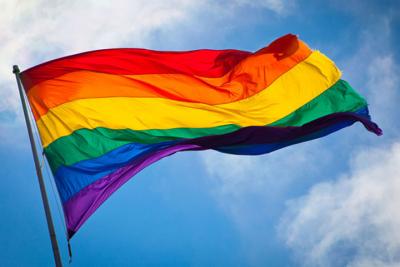