The City of Wolverhampton Council has been shortlisted for multiple awards at the prestigious MJ Awards 2021, which celebrate the best in local public services.

The council is a finalist in three categories; ‘Chief Executive of the Year’, ‘Rising Star’ and ‘Best Social Housing Initiative’.

Tim Johnson, Chief Executive has been shortlisted for ‘Chief Executive of the Year’ for leading the council’s response to the Covid-19 pandemic and putting staff in the driving seat of equalities.

In the ‘Rising Star’ category, Anthony Walker, Homelessness Strategy & External Relationships Manager, has been shortlisted for working hard to protect every person experiencing homeless in the city during the pandemic.

And in the ‘Best Social Housing Initiative’ category, the council’s commercial regulation services, working with legal services, have been shortlisted for their work in ensuring the council can act quickly and effectively against landlords acting illegally.

After being cancelled in 2020 due to the pandemic, this year’s awards have seen a record number of entries across 17 categories.

Councillor Ian Brookfield, Leader of the Council, said: “Being announced as finalists in three categories, when the MJ Awards have received a record number of entries from councils across the country, is no mean feat.

“This is an excellent achievement for the council’s employees, councillors and partner organisations after a year like no other.

“So many individuals and teams have gone above and beyond on a daily basis in the most challenging of times – and it fills me with joy that those collective efforts have been recognised.

“Now we can look forward to September’s awards ceremony in London to see if we have won any of awards – but regardless of the outcome, we can all take immense pride at the fact that our work as a council has been recognised.”

The announcement comes after the council was commended for winning in four categories at the same awards in 2017 – Local Authority of the Year, Senior Leadership Team, Most Improved Council and Excellence in Governance and Scrutiny.

The MJ Awards, which have taken place since 2004, are considered a major event within the public-sector calendar. This year’s awards ceremony will take place on Friday 17 September at London’s Hilton Hotel. 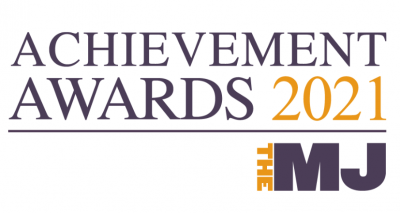