City of Wolverhampton Council has secured a 3 month closure order on a shop found to be persistently selling and distributing counterfeit cigarettes and tobacco across the city.

Magistrates granted the closure order for Sam Euro Style, in Newhampton Road West, Whitmore Reans, following an application from the council on Wednesday (29 September) under the Anti-Social Behaviour, Crime and Policing Act 2014.

The 3 month closure order is the maximum permitted by law and means that nobody is allowed to enter the premises during that time.

This is the first time the council has served a closure notice relating to illicit tobacco and is part of a new, tougher approach to prevent further anti-social behaviour and criminal behaviour linked to the premises.

Sam Euro Style has a history of continuous complaints and has been subject to 9  inspections and seizures regarding illicit tobacco and alcohol by both Wolverhampton Trading Standards and Her Majesty’s Revenue and Customs (HMRC).

Between August 2014 and February 2016, Trading Standards officers have seized in excess of 330,000 counterfeit, non-duty paid and foreign cigarettes, more than 42 kilos of illegal hand rolling tobacco and more than 20 litres of counterfeit vodka from the premises and rooms above.

During the council’s most recent raid, on 17 June this year, officers discovered that a hole had been cut in the shop wall, connecting it to a neighbouring house, where approximately 250,000 illicit cigarettes were being stored.

A number of illegal items, including a machete and an imitation firearm, were also discovered within the shop and were recovered by specialist police officers.

Officers also found 250,000 cigarettes in a shipping container located at a residential address in Walsall that could be linked to the convenience store.

This latest raid follows years of enforcement activity leading to the jailing of the previous owner and the revocation of a premises licence to sell alcohol.

The sale of illicit tobacco is far from being a victimless crime as it contributes to the shadow economy, opens a gateway to other serious and organised crime, deprives society of tax revenue which funds key public services provides unfair competition to other law-abiding retailers, undermines the city’s public health activity which aims to deter residents from smoking, especially young people, drives down the cost of tobacco thereby counteracting the Government’s attempts to use price as a disincentive to starting or continuing smoking.

The tell-tale signs of illicit tobacco include unusual taste, cheap price, unusual packaging, spelling mistakes or incorrect logos. Packaging may also feature health warnings that may not be printed in English, might not display a picture, might not be printed on a white background and may have different sized lettering to usual.

“There are organised criminals behind that pack of 20 'knock-off' cigarettes that you might be tempted to buy and they are bringing crime into our communities. Our Trading Standards team are tireless in their attempts to rid the city of this scourge and this closure order shows how seriously we take the problem.

"Everyone who buys goods from a shop has the right to expect those purchases to be legitimate and not fake goods that may also lead to extremely serious health issues."

Anyone who thinks they may have been sold illegal goods or suspect someone is selling them can email trading.standards@wolverhampton.gov.uk or call the Citizens Advice consumer helpline: 0808 223 1133. 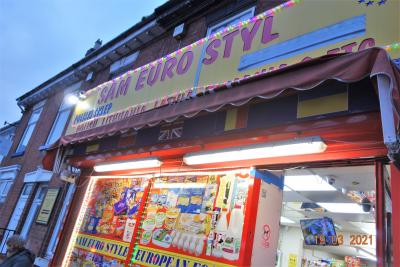 Sam Euro Style, in Newhampton Road West, which has just been made the subject of a closure order 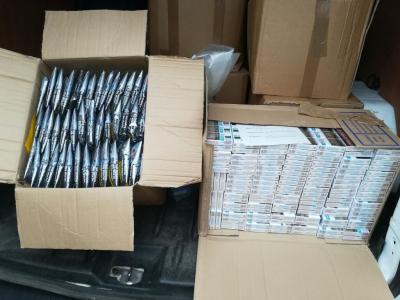