City of Wolverhampton Council has secured a 3 month closure order on a shop found to be persistently selling and distributing illicit tobacco.

District Judge Wheeler granted the closure order for K S News, in Oxford Street, Bilston, following an application from the council on Wednesday (24 November) under the Anti-Social Behaviour, Crime and Policing Act 2014.

The 3 month closure order is the maximum permitted by law and means that nobody is allowed to enter the premises during that time.

K S News has a history of continuous complaints relating to the sale of illicit tobacco and unlicensed alcohol, which led to its premises licence being revoked on 16 August, 2019.

Between 15 February, 2019 and 24 September, 2021, Trading Standards officers have seized more than 10,000 counterfeit, non duty paid and foreign cigarettes. They also seized 969 tablets of Viagra, a pharmacy controlled drug, in breach of The General Safety Regulations.

On 24 September, 2021, officers visited the store to investigate a complaint of underage alcohol sales from the premises which left a child requiring hospitalisation.

During the visit, officers discovered 97 bottles of wine, 225 litres of spirits, 570 litres of beers and lager, and 201 litres of cider in the back of the shop, despite the premises not having a licence to sell alcohol.

Councillor Steve Evans, cabinet member for city environment and climate change, said: “I would like to thank everyone involved for their diligence and hard work in successfully obtaining this closure order.

“This is the second time the council has served a closure notice relating to illicit tobacco and the action is part of a new, tougher approach to prevent further anti-social behaviour and continued criminal behaviour.

“I hope this closure order serves as a further warning that we will continue to pursue and punish traders who believe they can flout the law and put the public at unnecessary risk. These actions are taken in line with what councils are allowed to do and we are clear that the public has a right to be protected from dangerous and fake goods.”

Anyone who thinks they may have been sold illegal goods or suspect someone is selling them can email trading.standards@wolverhampton.gov.uk or call the Citizens Advice consumer helpline: 0808 223 1133. 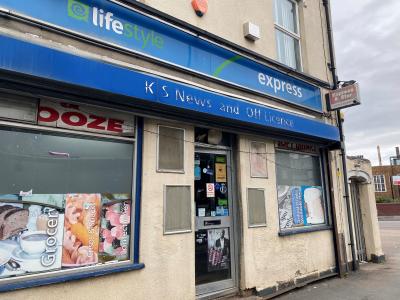 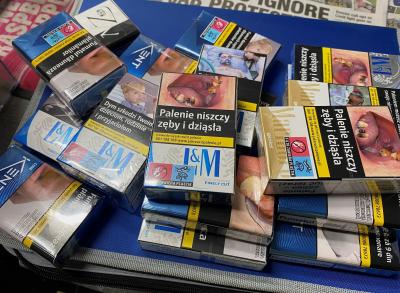 Some of the illicit cigarettes found at K S News 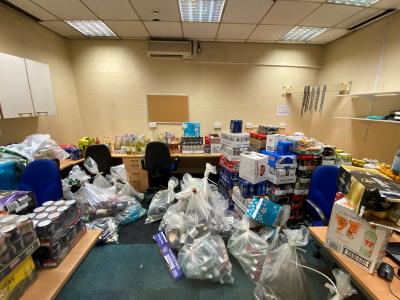