The City of Wolverhampton Council, and other local authorities, has scored an important legal victory at the Court of Appeal about injunctions served against ‘persons unknown’.

The outcome of the hearing paves the way for the council to apply for the reintroduction of a ground breaking injunction banning street racing in the Black Country.

Between 2014 and 2018, the council was granted a series of injunctions by the High Court preventing people from participating in street racing in the Black Country and from establishing unauthorised encampments at various sites in Wolverhampton.

Importantly, they were served against ‘persons unknown’ – meaning they applied not only to people already known to the council and its partners, but to ‘newcomers’ who were planning to take part in street racing or set up an unauthorised encampment, and the injunctions did much to tackle both issues.

A number of similar injunctions have also been introduced across the country.

An application for the renewal of the Black Country wide street racing injunction was due to be heard by the High Court last May, but was adjourned because of a separate High Court hearing into other injunctions against persons unknown.

The High Court subsequently ruled that full injunctions could not be issued against newcomers.

The council, along with 14 other local authorities, appealed to the Court of Appeal last month to challenge the decision. It held unanimously that the High Court ruling was wrong, citing previously established case law which held that a newcomer who knowingly violated the terms of an injunction automatically became a party to that injunction by their act.

Councillor Jasbir Jaspal, the City of Wolverhampton Council’s Cabinet Member for Public Health and Wellbeing, said: “Injunctions are needed to prevent the nuisance, misery and, in some cases, danger caused by issues such as street racing, unauthorised encampments, illegal raves and breaches of planning control.

“They have proved to be very effective in combatting the harm they seek to address in Wolverhampton and elsewhere, both by people already known to the authorities and those who are unknown but might be planning to take part in one of the prohibited activities.

“The High Court ruling of 2021 temporarily removed a very potent weapon from our arsenal to the detriment of the citizens we serve, and that is why we so vehemently fought this case in the Court of Appeal.

“We recognise and embrace the principles that injunctions such as these are exceptional and must be both proportionate and subject to regular scrutiny by the courts. Equally, they have proven to contribute significantly to the safety and protection of our residents.

“The judgment from the Court of Appeal is very welcome, and means that we can once again seek injunctions against persons unknown to prevent issues in the future.

“In particular, we will work with our partners including other local councils and West Midlands Police to present a fresh application for a new street racing injunction for the Black Country, which we hope to do as soon as is practical.”

She added: “I would like to thank council officers, particularly those in Legal Services, for their hard work over many months which has brought about this positive outcome.” 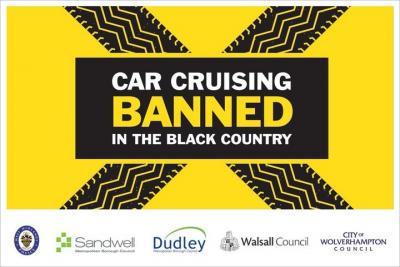