The City of Wolverhampton Council is taking part in a pilot project designed to cap the cost of adult social care.

The Government has announced that 5 local authorities in England, including Wolverhampton, will act as 'trailblazers' and implement a new adult social care charging reform system which caps the cost of care from January, ahead of a planned national rollout in October 2023.

It includes a new lifetime cap of £86,000 on the amount anyone will need to spend on their personal care, alongside a more generous means test for financial support from the council.

Councillor Linda Leach, the City of Wolverhampton Council's Cabinet Member for Adult Services, said: "We are delighted to have been chosen as a trailblazer for the new adult social care charging reform system, meaning residents in Wolverhampton will be among the first to benefit from the changes that are planned next year.

"We know that the rising cost of care is a huge concern for many people as they grow older, and these reforms will mean that no one will have to face unpredictable care costs in the future, and they will also know that there is a limit to the total amount they will ever be expected to pay."

The Government says that, under the new charging system, no-one starting to receive personal care will pay more than £86,000 over their lifetime, and no-one with assets of less than £20,000 will have to make any contribution from their savings or housing wealth, up from the current threshold of £14,250. Anyone with assets between £20,000 and £100,000 will be eligible for some means tested support, with the upper limit more than 4 times the current limit.

Wolverhampton joins Blackpool, Cheshire East, Newham and North Yorkshire as 'trailblazers', with the Government saying the areas were chosen to ensure a cross section of communities are represented.

The pilot will shape the Government’s approach to implementation by allowing the Department of Health and Social Care (DHSC) to test key aspects of the reforms.

The DHSC says the Health and Social Care Levy will provide £3.6 billion to reform the way people pay for their social care charging reform "to ensure the new system is fair and responsible, balancing government support and the need for people to be responsible for their future care needs". 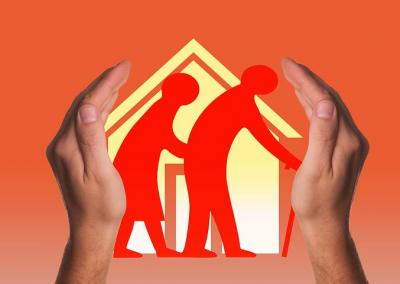