City of Wolverhampton’s ‘Shop a tipper’ campaign has been announced as a winner in this year’s Chartered Institute of Environmental Health (CIEH) Excellence Awards.

The CIEH Excellence Awards is the premier international awards scheme for recognising and celebrating excellence and achievement in environmental health.

The awards highlight the individuals, organisations and projects that are leading the way in environmental health, and showcase the originality, creativity and passion of those working in the private, public and not for profit sectors all over the world.

In January, City of Wolverhampton Council launched its ‘Shop a tipper’ campaign to clamp down on fly tippers and encourage residents to report offenders to make them pay for their selfish criminal behaviour.

The campaign relies on intelligence from members of the public informing the council about who is responsible for blighting the city streets with fly tipped waste.

Once this information leads to a successful fine or prosecution, the informer receives a £100 gift card as a reward.

Since the launch of the campaign, Wolverhampton has seen a 50% drop in fly tipping.

The Council has also taken a tough new approach to clamping down on fly tippers by seizing and crushing fly tippers’ vehicles for their criminal and selfish acts.

Colin Parr, Head of Business Services at City of Wolverhampton Council said: “I’m so pleased the council has won national award for the ‘Shop a tipper’ campaign, which is making a significant difference in keeping fly tipped waste off our streets.

“As a council, we make it our priority to keep our city clean and tidy. But with limited resources we need to target these based on intelligence and evidence.

“This campaign has led us to a number of prosecutions and fines, to clamp down on those blighting our streets.

“I would like to thank everyone who has come forward to report those responsible and congratulate the environmental crime team who are working tirelessly to put a stop to fly tipping once and for all.”

The city council has also been working with community groups and educating residents on how to dispose of waste correctly and encouraging residents to keep their street neat and take pride in their area.

The winners were announced at the Chartered Institute of Environmental Health Excellence Awards event on Thursday 14 November, 2019 in London. 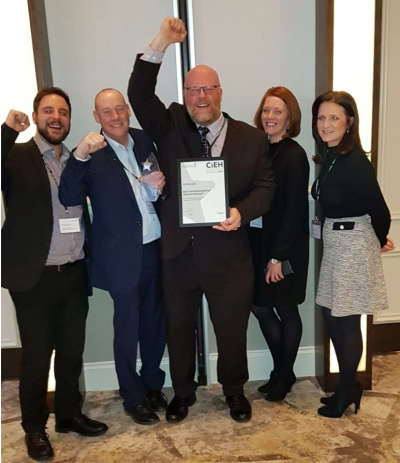 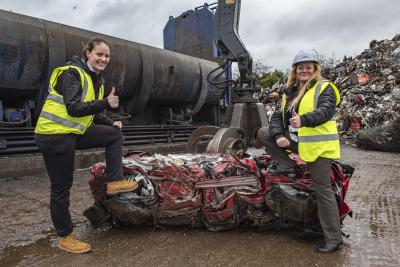