At Dudley Magistrates Court on Wednesday (30 March), Mahani was sentenced to 10 weeks in prison for the Proceeds of Crime Act charge and 14 weeks for the Fraud charge, the sentences to run consecutively. He was also jailed for four weeks for each other charge, to run concurrently.

Mahani was also ordered to pay costs of £6,500 and a court surcharge of £128. Failure to pay by the court’s deadline will result in a return to prison.

Super Mahan has a long history of complaints and seizures of illicit tobacco, as well as underage sales and repeated single can sales of very strong alcohol, contrary to the premises licence conditions.

During a subsequent visit on 5 July, 2019, a packet of illicit cigarettes was sold to a 15 year old child volunteer during a test purchase exercise.

Later that afternoon, Trading Standards visited the premises accompanied by police to discuss the underage sales. During this visit, two further packets of foreign cigarettes were discovered under the countertop in a tin.

On the evening of 27 September, 2019, police and trading standards officers again visited the store with a tobacco detection dog. Four packs of 20 Gold NZ cigarettes and three packs of 20 Bahman cigarettes were discovered in the stairwell behind the shop area, an area where illicit cigarettes had been found on a previous occasion.

These tobacco products were seized, alongside single cans and bottles of beer, lager and cider over 6.5% ABV, due to breaches of the licensing conditions.

The council’s Trading Standards team called for a review of the store’s premises licence, resulting in the store’s licence being revoked on 17 December, 2019.

In sentencing Mahani, District Judge Wilkinson said the underage sale of illicit cigarettes was like “selling poison to a child.”

He added: “Don’t insult my intelligence by claiming previous warnings had not sunk in. You knew exactly how serious the offences are and carried on regardless motivated by greed.”

John Roseblade, director for housing and city environment at City of Wolverhampton Council, said: “This is a great result for our Trading Standards officers who work extremely hard to crack down on any business selling and supplying illicit and dangerous products.

“We have seen repeated problems at this store where the owner continued to sell illicit products, despite warnings from our Trading Standards team. Because illicit cigarettes hold such high risks, our officers work tirelessly to help protect the public from dangerous products.”

Anyone who thinks they may have been sold illegal goods, or suspects someone of selling them, can email trading.standards@wolverhampton.gov.uk or visit Citizens Advice. 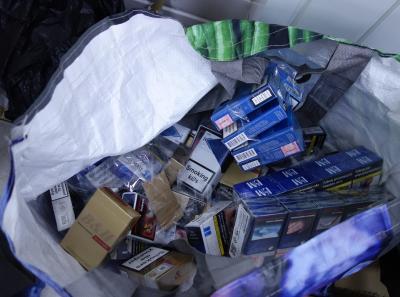 Some of the illicit cigarettes seized from Super Mahan 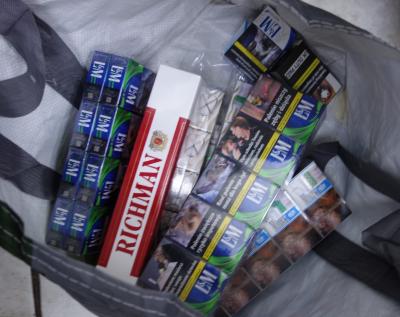