City of Wolverhampton Council is set to return to the High Court next month for a second review hearing of its traveller injunction.

On 2 October 2018, an injunction was granted by the High Court in Birmingham to protect Wolverhampton’s green spaces and other vulnerable sites against unauthorised encampments at 60 sites across the city.

The injunction was initially granted for three years and the City Council returned to court on 5 December 2019 for a first review hearing when the terms of the injunction were varied to cover 59 sites and plans for the development of a transit site were discussed.

In January 2020, the City Council approved planning permission for a transit site to be created on land at Gorsebrook Road. The site could see up to 13 traveller families housed for a maximum 14 days at a time with a year-long trial to assess the level of use.

Next month’s review hearing will determine how effective the injunction has been, whether it remains appropriate in its current form and the progress made on developing a transit site.

It will take place on 20 July 2020 at 10.30am at Birmingham District Registry, Civil Justice Centre, The Priory Courts, 33, Bull Street, Birmingham.

The hearing is due to take place in open court, but due to the ongoing Covid-19 situation, this may be changed by the court at short notice.

Councillor Steve Evans, Cabinet Member for City Environment at City of Wolverhampton Council, said: “We are now able to return to the high court with an update on our plans to develop the transit site which will offer a place for travellers to stay for short periods of time for a fee.

“Without the transit site and the continued injunction, we will face costs of between £250,000 to £300,000 a year to move on unauthorised camps.

“We hope the high court recognises the action we are taking to develop a transit site and approves our requests to continue to protect our most vulnerable open spaces.”

Comments and observations relating to the injunction may be submitted to the City Council via email to litigation@wolverhampton.gov.uk (quoting “Traveller Injunction Review Hearing” in the subject line) no later than 4pm on Friday 26 June 2020. The comments will then be presented to the court as appropriate in the review hearing.

Anyone wishing to be added as a party to the hearing will need to make an application to the court and should consider seeking independent legal advice. 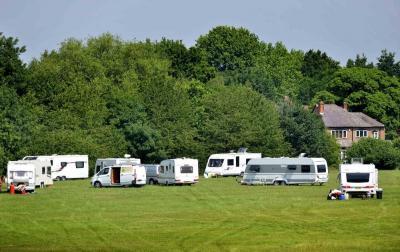