New seating areas outside pubs, bars and cafes, planters full of greenery and more cycle storage will be introduced into Wolverhampton city centre as the council continues to encourage visitors and support businesses during this difficult time.

The council will use money from its successful bid for £237,000 from Government’s Emergency Active Travel Fund (EATF) to pay for the works in Victoria Street and Darlington Street/Queen Square.

Temporary measures were installed in June after the government provided funding and encouraged councils to bid for money to implement emergency schemes to make it easier for people to socially distance in town and city centres and to promote more walking and cycling.

They included the pedestrianisation of Victoria Street from its junction at Queen Square to the junction with Bell Street.

Another scheme saw part of Darlington Street, Queen Square and Lichfield Street made one way to allow the creation of a new cycle lane and pavement widening.

These were done on a temporary trial basis using cones, road markings and barriers so that council transport chiefs could assess their impact before potentially making them suitable for longer term use.

Initial feedback from monitoring the new schemes and talking to local businesses and other stakeholders is positive and people feel they have been effective.

Based on this success, the council will use the remaining EATF funding to enhance the appearance of the temporary schemes by reducing the need for cones and other infrastructure which can clutter the street scene.

A condition of the government funding is that schemes must be implemented by 7 September, so work has now begun and is expected to be complete by mid-August.

Measures involve the painting of the cycle route and an improved surfacing of the widened pavements.

In Victoria Street a pilot scheme is being introduced to support pubs, bars and cafes by creating new outdoor seating areas on the widened pavements.

The council is currently working with businesses in the street who will be able to take advantage of extra space for tables and chairs, helping replace the seating areas inside that have been lost due to social distancing regulations.

The scheme will also include space for planters to improve the appearance of the area, feature lighting, work to improve vacant shopfront appearances, small scale events and bike storage to encourage more travel into the centre by bike.

The pilot has been designed to encourage greater footfall and increase business confidence in the area, and allows businesses to apply for the new pavement licence brought in by the Government in July.

The licence allows pubs, restaurants and bars to safely extend their outdoor space. Government has set the fee for the licence at £100, but the council has reduced the cost to £25 to help ease the burden for businesses.

Councillor Steve Evans, cabinet member for city environment, said: “In line with government guidance, we introduced emergency measures back in June on a temporary basis to see how successful they would be to keep people safer through easier social distancing and by encouraging people to walk and cycle more.

“We successfully bid for funding from the government’s emergency active travel fund to implement these schemes and the feedback has been that they have worked. People have found it easier to socially distance with widened footways, the cycle lanes have made it safer to use a bike and the oneway system has not caused delays to buses.

“Local businesses tell us that they want an attractive environment to help bring people back. So now we are using the rest of the EATF funding to make these trial measures more suitable over the longer term and we will make some environmental improvements as well with planters full of greenery, seating areas outside some businesses and bike storage.”

Cherry Shine, Wolverhampton Business Improvement District (BID) Director, added: “The BID is liaising with all our businesses to provide them with the most up to date information and they are very receptive to this project that will help improve the footfall and vibrancy of the city centre.

“The BID team is working closely with council officers leading on the project work and we will continue to be the main point of contact between businesses and the council during this difficult period.” 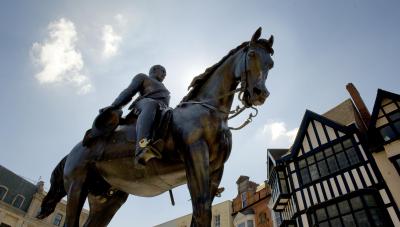